Fall is almost here, and with cooler temperatures and a glut of fresh vegetables from the garden, sausage and black bean enchilada soup is da bomb of an introduction to soup season! 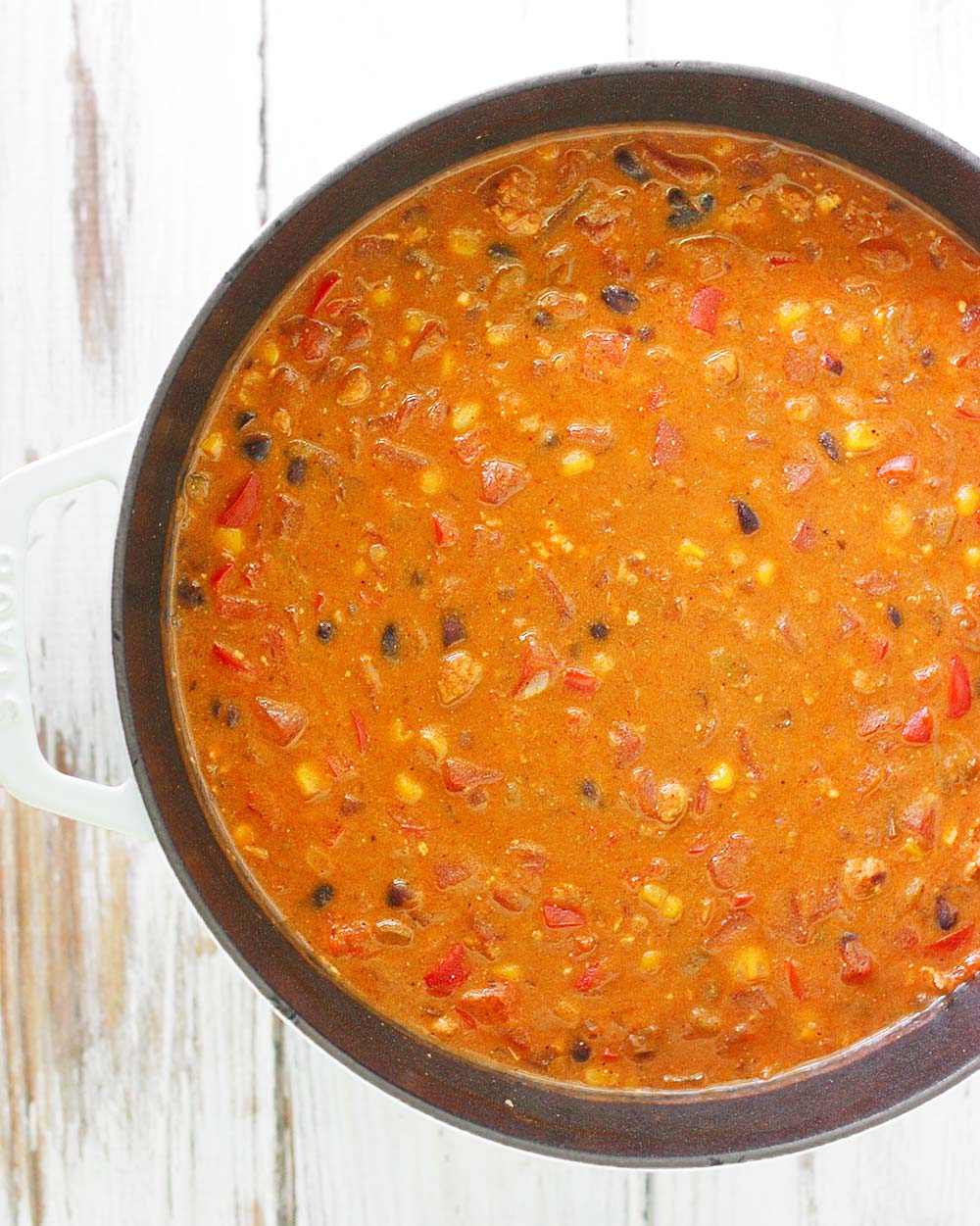 For big time fans of soup (me!), soup season is technically year-round. It’s not so weird, really. People drink hot coffee all year long, regardless of the weather, right? And anyway there are summer-friendly soup staples like chilled gazpacho and avocado lemon soup. But I’ll step up and admit that, despite a deep love of soup and stews and other aromatic things made in a big, simmering pot, soup almost seems wasted in the summer, because its true brilliance is the bear-hug, full-body-and-soul-healing comfort it brings when the weather is cold and icky.

There’s just nothing better than curling your hands around a big, hot mug (anyone remember the Friends-style oversized latte mugs from the 90’s?) of soup at the end of a bone-chilling day of doing winter things like shoveling your driveway, and scraping stubborn ice from what feels like a football field’s worth of car windows. And slogging through slushy gray snow mountains in the parking lots of all the retail stores you have to visit.

But between now and then, we in the Northern hemisphere get a brief reprieve from both ridiculous summer heat and moody winter cold with Fall’s more temperate weather. The days become delightfully crisp and chilly — jeans! thick sweaters! — and hot soup for dinner is the cherry on the cake, rather than a life preserver to which we desperately cling in sub-zero temps. 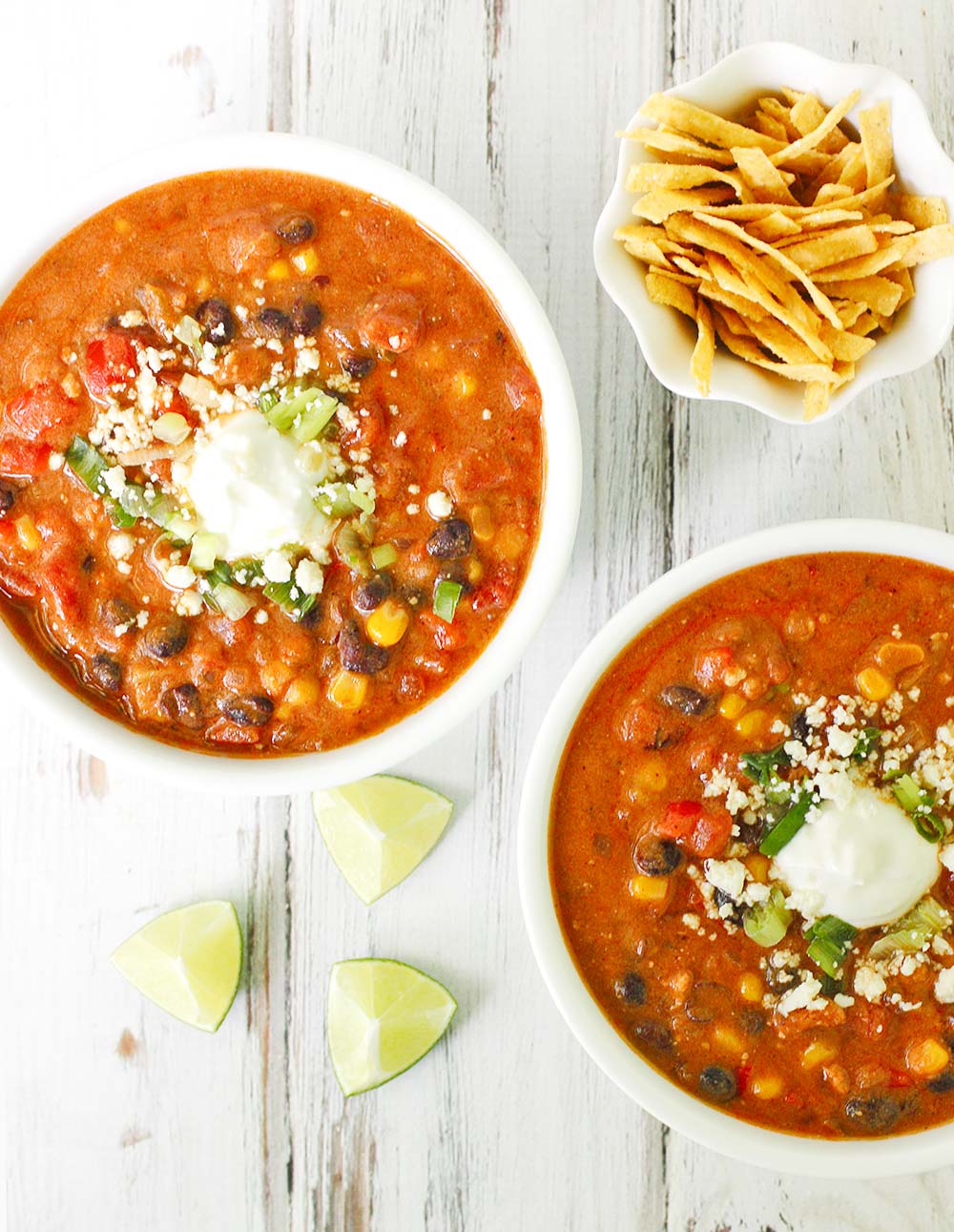 When temperatures dipped into Fall territory the other week, I pounced: the first slow-simmered soup of the season sat on my Sunday stovetop and filled the house with savory vegetable aromas. With a side of garlic bread, sausage and black bean enchilada soup was a filling and comforting meal.

A surprise ingredient for enchilada soup

I named this soup “enchilada soup” not so much to make soup out of traditional enchiladas, but because I’m a big fan of using red enchilada sauce in vegetable-heavy soups, rather than just all tomatoes. I really dig an enchilada sauce that is made with a heavy dose of peppers and an accent of tomato paste — savory and tomatoey and peppery in all the best ways. Read the ingredient labels on the sauce can to see what a brand’s enchilada sauce is made of.

But. To add a lovely hint of real-thang enchiladas taste to the mix, I stir in a generous helping of masa harina (finely ground corn flour), which adds a noticeable but companionable flavor of corn tortillas to the soup. And, in my view, it lands the soup more firmly in the realm of Mexican cuisine.

Plus, it’s a super nice thickener — try it, I think you’ll like it! 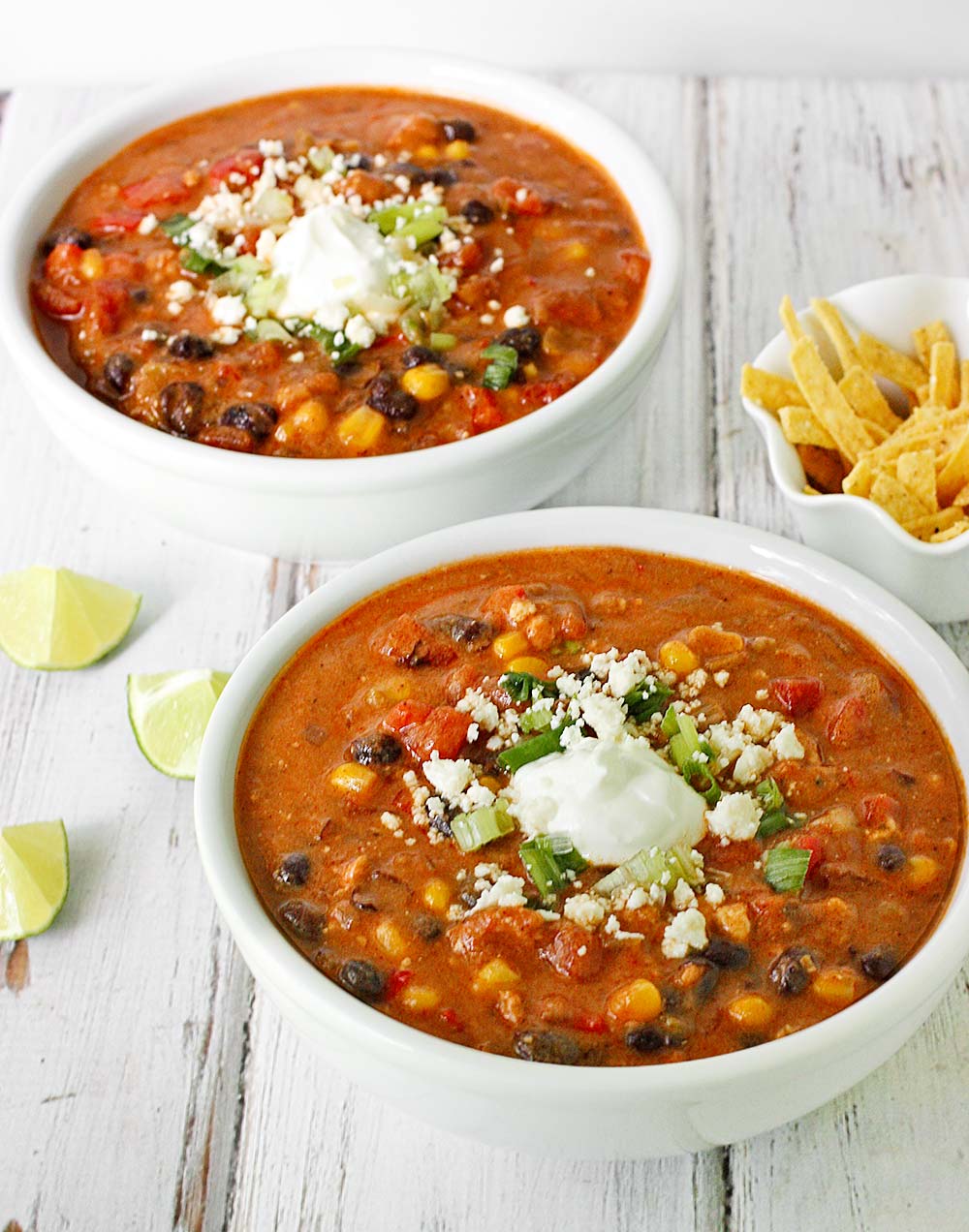 Looking for a meal idea for Meatless Mondays? Use vegetarian sausage (try vegetarian chorizo) or crumbles and vegetarian broth, and serve with garlic bread. A most comforting evening meal! 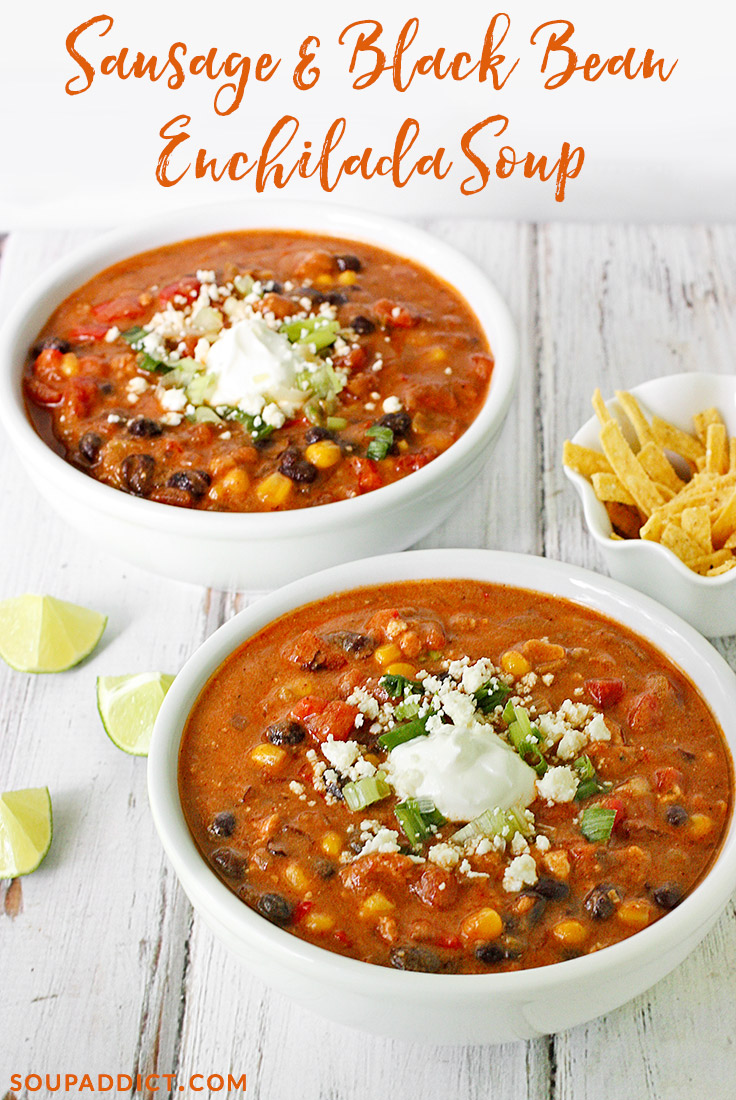 Hi, Thanks for the recipe. Can this soup be frozen?