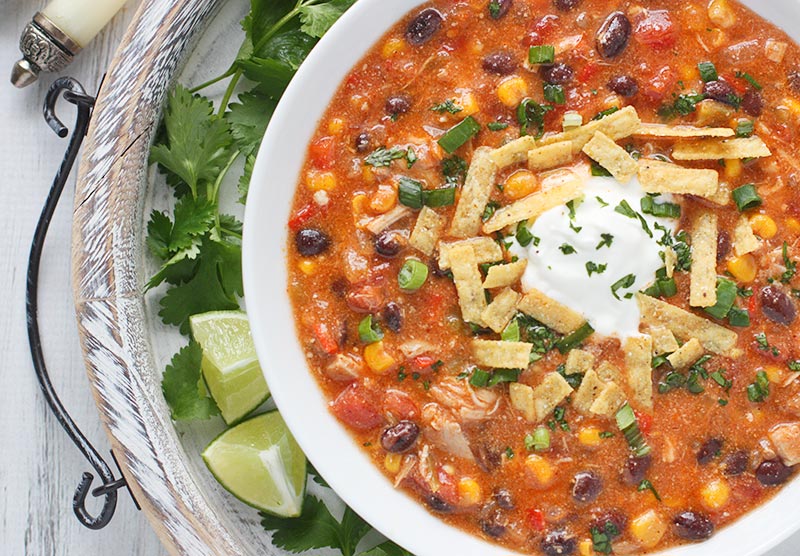 If you’re like me, you have a mysterious instinct for certain culinary ingredients. Crazy-talented professional chefs have an instinct for all ingredients, but for us merely mortal home cooks, sometimes the focus is narrower.

I don’t know where my enjoyment of Mexican flavors comes from — they were not part of my childhood meals, at all — but when I discovered the wide assortment of peppers and chiles and spices common to Mexican cuisine as an adult, it just clicked.

Gardening was definitely key in that discovery, as I grew (and still grow) a tasty selection of sweet and hot peppers, herbs, tomatoes, and beans that found their way into meals that could best be described as Mexican-inspired, long before I had any concrete knowledge of what goes into a good Mexican recipe. 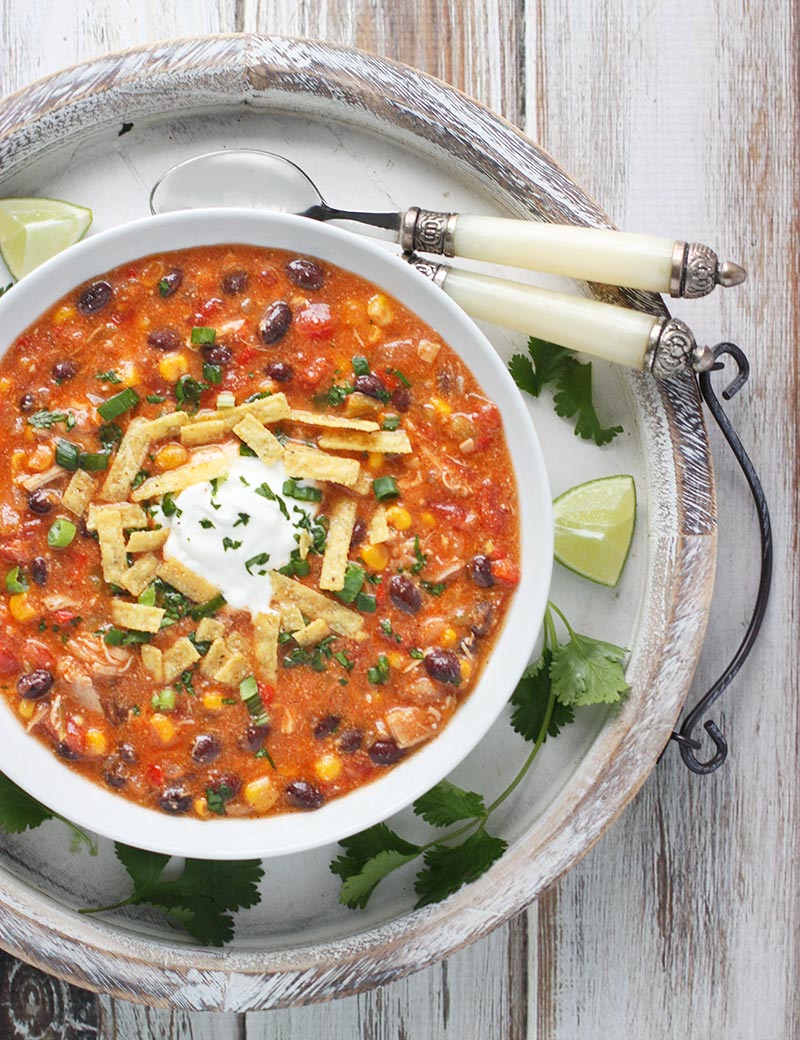 Enchiladas are a particular favorite: a simple dish of chicken and red chile sauce wrapped in tortillas, and topped with lots of cheese and whatever other fixin’s suit the day — black beans, corn, green onions, sour cream, cilantro, a squeeze of lime — all baked until hot and melty. Making a cozy soup is just a logical step when you’re in the heart of winter, with snow falling and brutal winds raging. 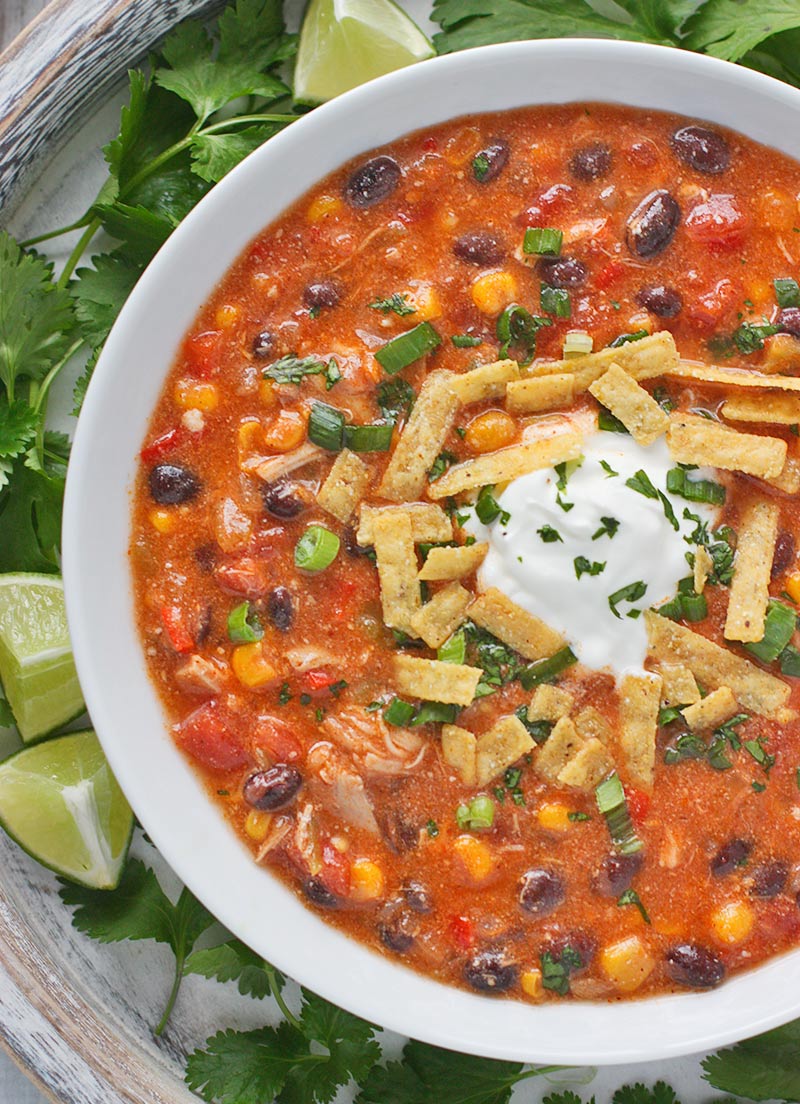 Sometimes we food bloggers get overly excited about producing unique dishes just for the sake of being original (e.g., turning everything into a salad, which I’ve been guilty of on more than one occasion), but as a soup connoisseur, I have to say — whoever thought of it, making soup out of enchiladas — it’s a really great idea.

And as further proof that everything tastes better as soup 🙂 here are a few other favorite-dishes-made-into-soup worth checking out:

Nutritional information, if shown, is provided as a courtesy only, and is not to be taken as medical information or advice. The nutritional values of your preparation of this recipe are impacted by several factors, including, but not limited to, the ingredient brands you use, any substitutions or measurement changes you make, and measuring accuracy.
693 shares
Click here to cancel reply.

So good I double it every time. Easy and delicious. My 20 year old daughters requested I include this recipe in the books of favorite family recipes I am compiling for them. Making now and taking it to my in-laws for dinner tonight.

I have an instinct for good food in my belly and I am pretty sure this qualifies :-)

Thanks, Cher. I do loves da soups!