Fresh, sweet corn, straight from the cob, gives a pleasant sweetness and crunch to traditional risotto. Use the cobs to create a savory stock that perfectly flavors the corn risotto. 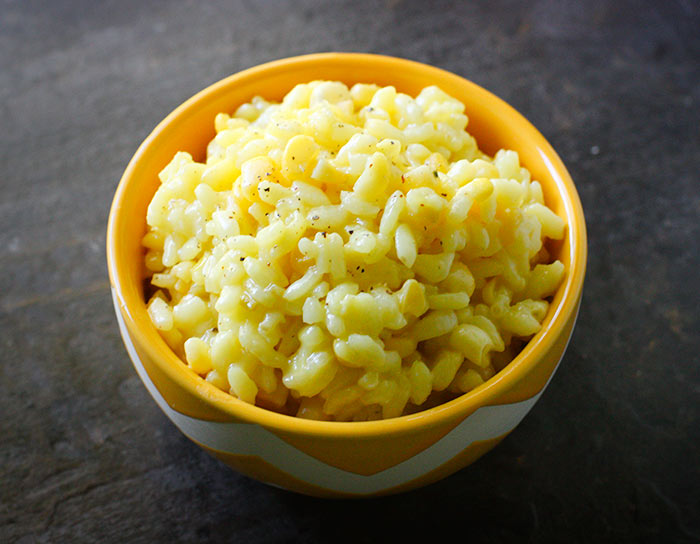 It’s almost October, and I’m still trying work myself up to start saying farewell to summer vegetables. My home vegetable garden is most kind to me in that respect — I still have plenty of tomatoes and peppers and green beans and herbs to pluck whenever I need another hit of summer, easing the transition.

Except for corn. I had really high hopes for my corn crops this year, and everything was moving along splendidly until … The Attack of the Raccoons! 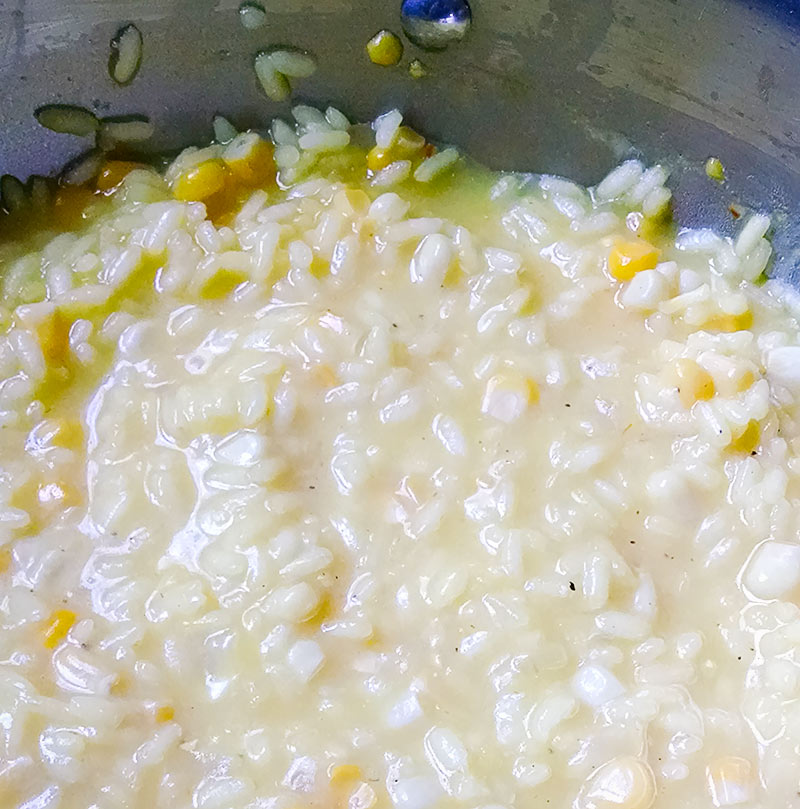 Those wily bandits with their nimble paws can not only yank an ear of corn cleanly from the plant, but they can also shuck the cob, silks and all, before gnawing it dry.

There’s nothing like walking out into the yard in the morning and finding piles of corn leaves, silks, and bare-bones cobs to make you feel very low on Nature’s hierarchy.

Nothing stops them. I even wrapped the stalks in netting — tightly. It barely slowed them down. The next day, the netting was still there — and still tight — but the ears were missing.

Over time, the little bastards consumed the entire crop, usually before the ears were even mostly mature. 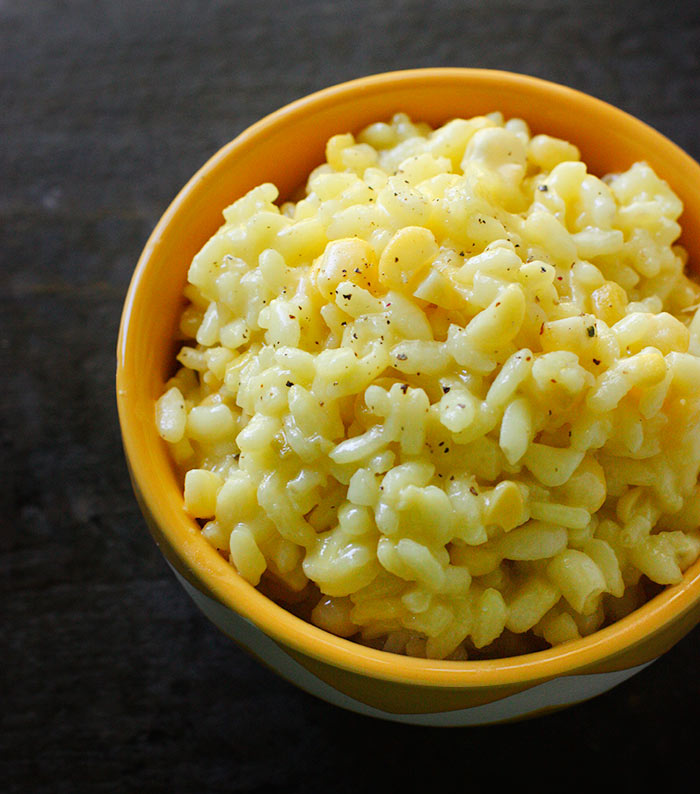 So, I’ve been depending on the farmers’ markets for fresh corn, both to preserve for later and enjoy now.

This corn risotto has been one dish that’s received repeat play. Simmering the cobs in the corn risotto stock magnifies the corn flavor, sweet and savory.

Even long after the corn is gone from the fields, I can see preparing this dish later in the winter with my corn stash, when summer fresh vegetables seems very far away. And of course, risotto is always a good idea, no matter the season.

Nutritional information, if shown, is provided as a courtesy only, and is not to be taken as medical information or advice. The nutritional values of your preparation of this recipe are impacted by several factors, including, but not limited to, the ingredient brands you use, any substitutions or measurement changes you make, and measuring accuracy.
45 shares
Click here to cancel reply.

This looks awesome! I've been consuming summer food at an almost frantic pace. It's a little weird, but you understand, I know you do! Something has gotten my neighbor's plums. They have the trees fenced but something has picked them clean. Not even one plum! I had visions of plum pudding dancing in my head, actually plum tarts but it isn't going to happen.

*Of course* I understand! :) Summer food is my favorite, and a little bit of panic starts to set in about this time, when it becomes clear that tomatoes and cucumbers and peppers and corn are fading away.

Bummer about the plums! I don't know anything about the critter load in your gorgeous part of the world, but in my yard, fence-climbing raccoons are the biggest thieves of tree fruit. I can go out at any hour of the night with a flashlight and spy at least one masked bandit with an apple in its paws.