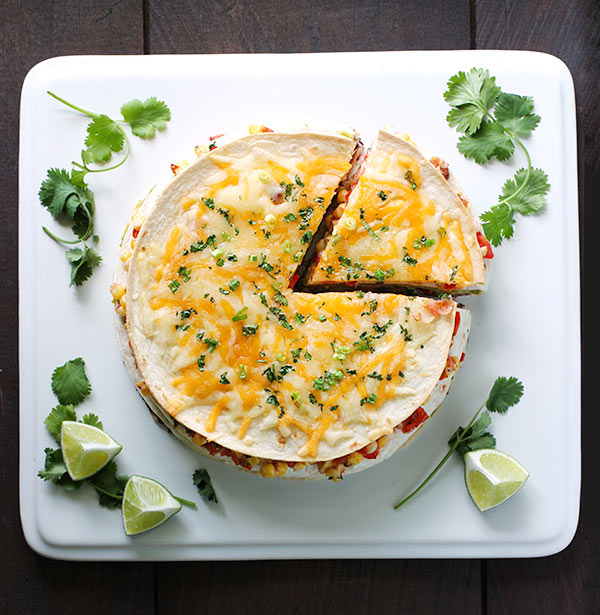 This was one of those great little quirky weekends. Beeeyootiful weather. Like, awesome sunshine, totally-can’t-remember-the-46″-of-winter-snow, perfect temps weather. I spent lots of time in the garden. I even tried to shoot my very first video for y’all from my tomato garden, and — total newbie mistake — I shot it with my phone using a vertical orientation.

Apparently, this is a ginormous no-no in the video world — obvs, once I thought about it: video is always horizontal, duh — and the goof even comes with its own name (“Vertical Video Syndrome”) and PSA satire. Good to know that I’m not the only dolt who’s made this mistake (and relieved that I discovered the boo-boo before posting it for the whole world to witness my video noobness).

I blame it all on Pinterest, where vertical photos perform and look better on their platform.

Anyway, quirky weekend. Lots of little celebrations going on. The Derby, of course. The Flying Pig Marathon, which is hosted in my city, Cincinnati. No, I don’t actually run it (hoo-wee, that’s a good one! I was barely even awake for the day by the time the first person crossed the finished line Sunday morning), but the marathon is bookended by a full weekend of events that fill the downtown streets with a vibrant energy and tons of food (with bystanders happily carb-loading on behalf of the runners).

And Monday is Cinco de Mayo, a Mexican event (a victorious battle over the French in the 1800’s, to be exact) that has come to mean margaritas and tacos to Americans everywhere.

My contribution to the festivities: this stacked-super-high quesadilla pie, stuffed with all of my favorite quesadilla/taco/burrito fillings. 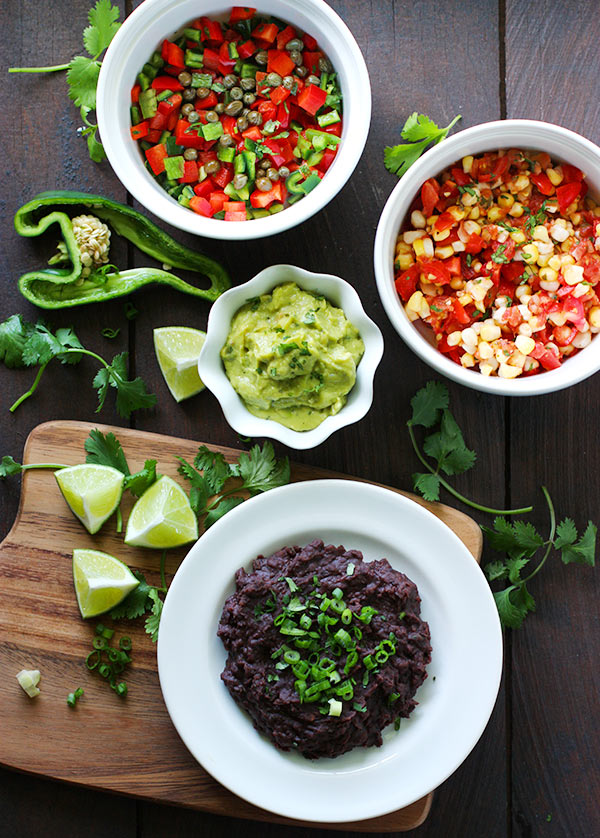 Quesadilla pie came about thanks to my indecision about what to put in my regular quesadilla. And that’s when the lightbulb clicked: everything!. I had accidentally bought low-carb, low-cal tortillas, so it seemed like a great excuse to pile it all on high.

And folks, this was so good. I was dubious about the “pie” part, since it seemed like it should fall to pieces once sliced, but if you let it cool for a just a bit, to let the melty cheese firm up and trap all the goodies within, each piece can be consumed by hand … like the best savory hand pie you’ve ever had. 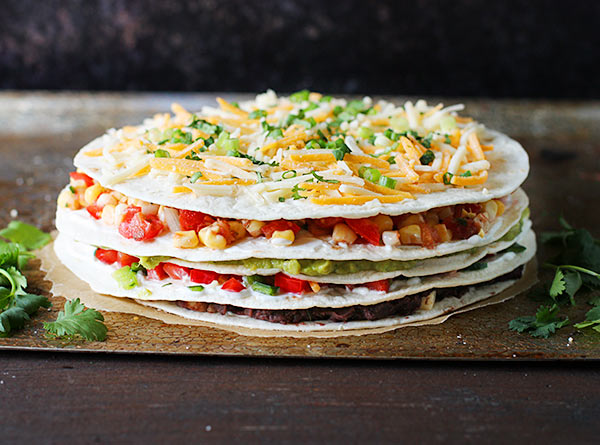 Quesadilla pie, ready to go into the oven! 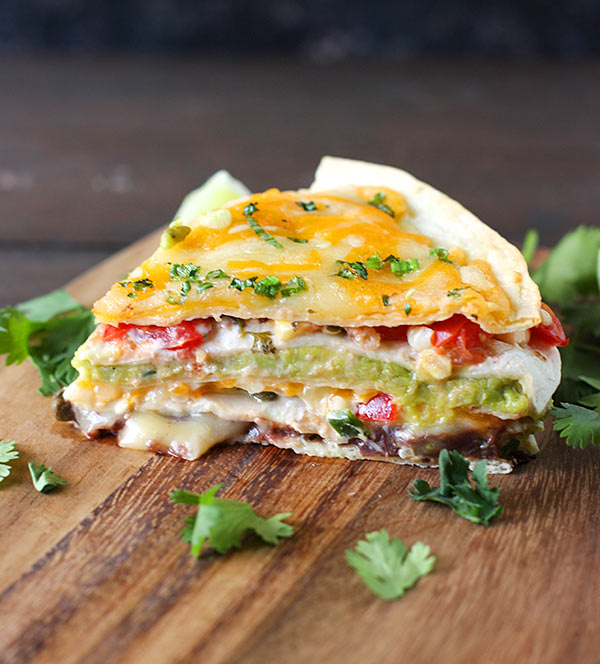 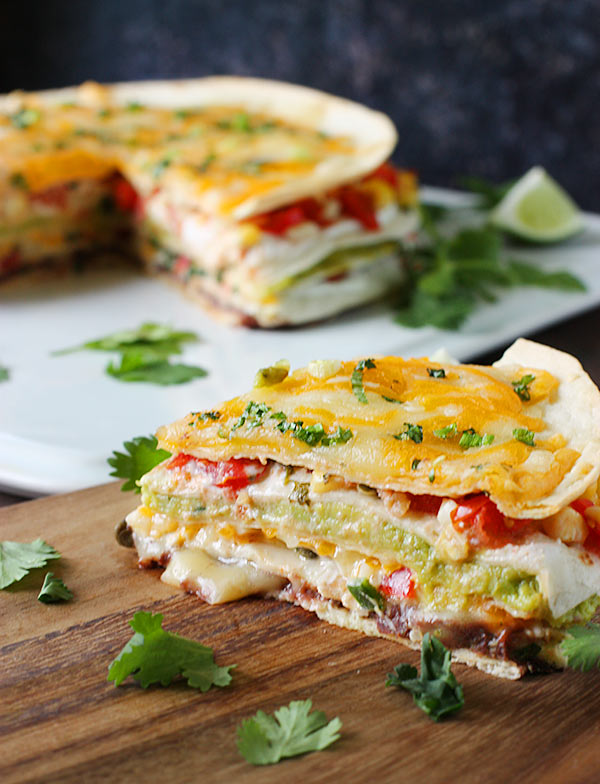 Feel free to substitute the fillings with what you have on hand - it's all good!
Prep Time25 mins
Cook Time10 mins
Total Time35 mins
Servings: 2
Author: Karen Gibson

to assemble the layers

Tried this today....everyone loved it. But, because I was transporting it, I used a springform pan rather than a baking sheet. No 'accidents' and worked perfectly!

Thanks, Elsa! I love your transportation logistics ingenuity!