The classic American comfort food gets a super fun preparation: baked into a sliceable pie stuffed with cheese and sweetly savory caramelized onions. Everyone will love spaghetti pie! 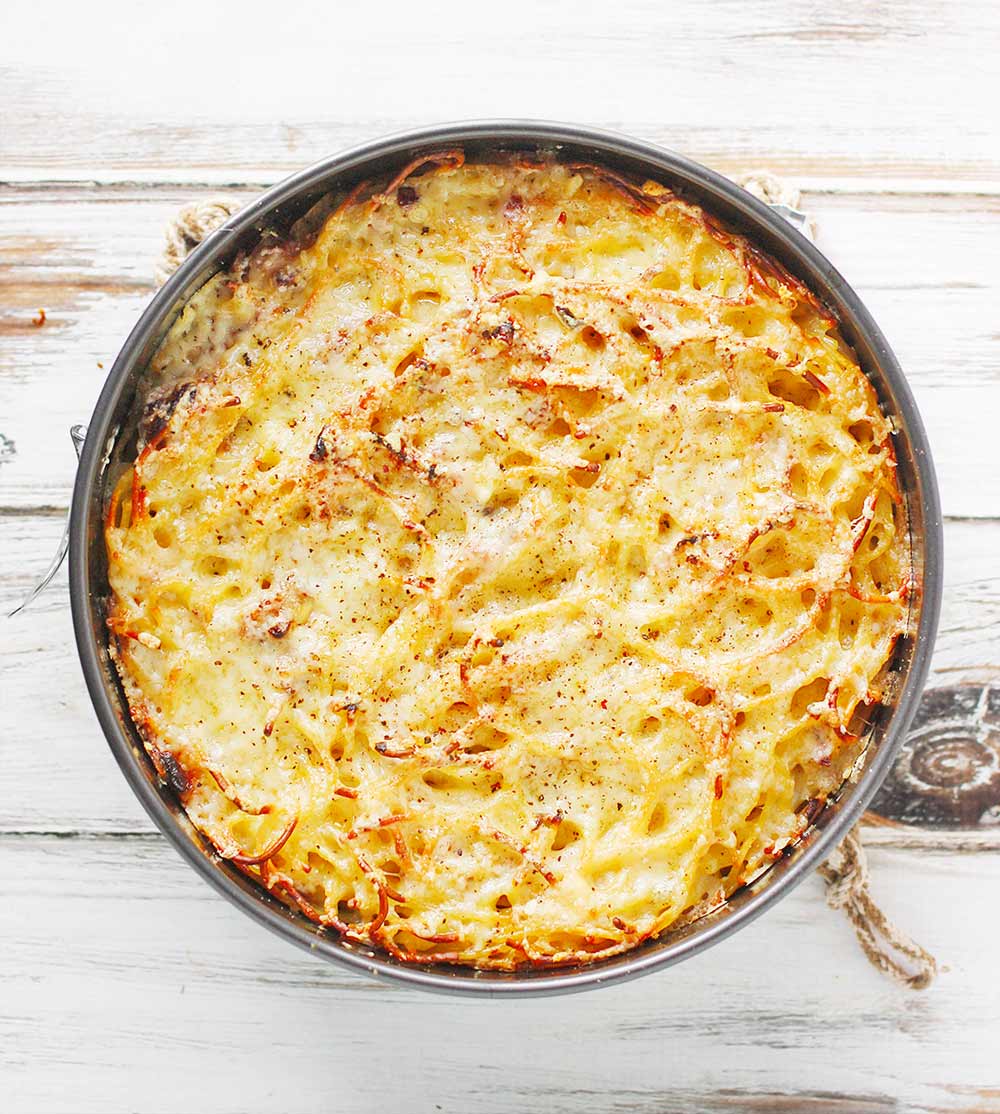 I love spaghetti. I love spaghetti <— thiiiiiiiiiiiiis —> much. Spaghetti is a weekly staple. And when I’m having one of those weeks — you know what I’m talkin’ about — sometimes it’s an all-the-days-that-end-in-y dinner.

In the winter, it’s spaghetti with marinara sauce. (Sometimes I get fancy and saute some mushrooms, too.) In the summer, it’s a cold spaghetti salad that I love so much I could eat on every day that has a “y” … for dinner and lunch.

I never get bored with spaghetti, especially when you can do things to it, like make it into a pie. 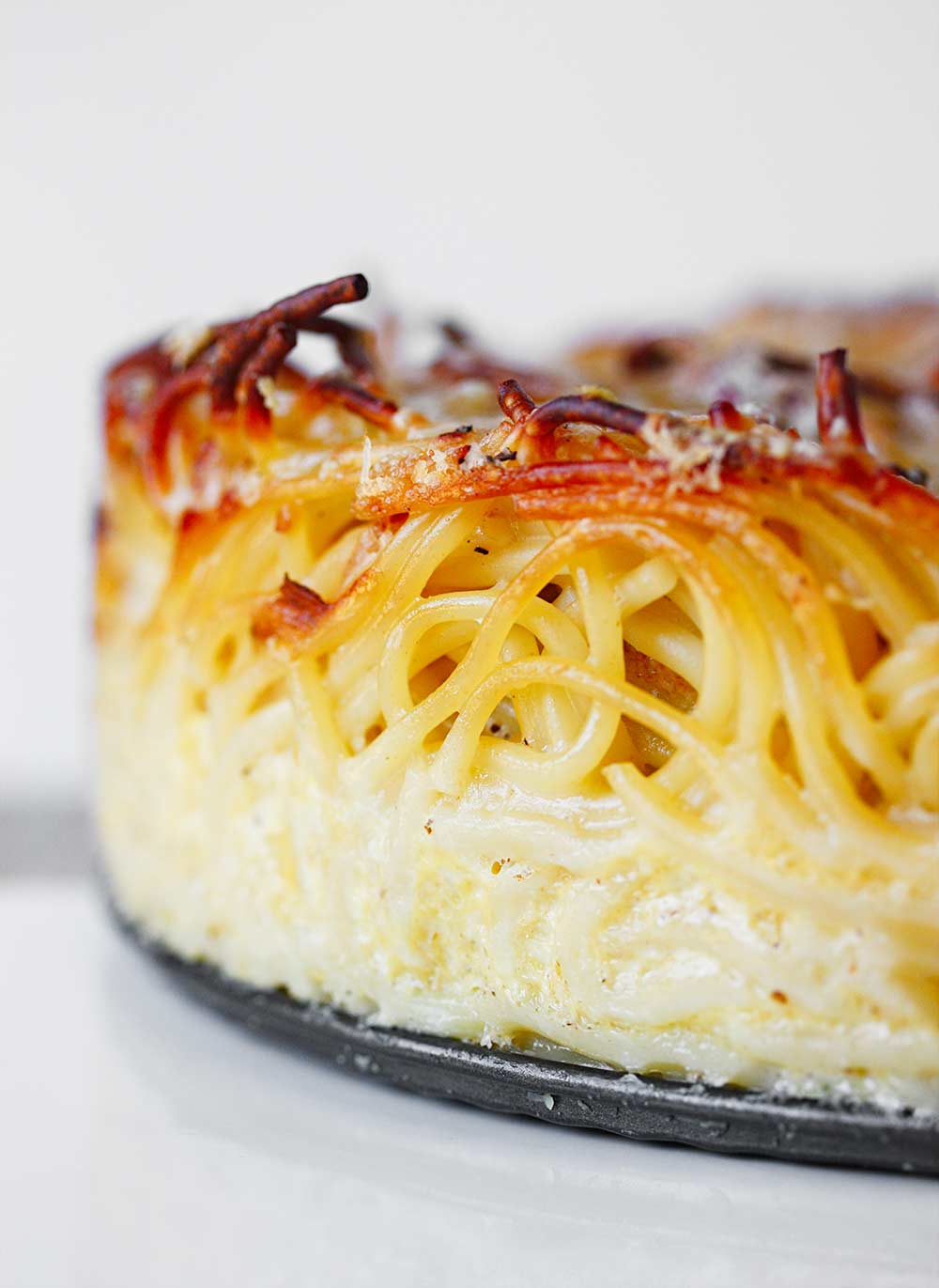 Why, Oh Why, Spaghetti Pie!

And when the spaghetti pie is cooked through and set, you’ll be able to pick up a slice like pizza, which is — yeppers, this is an adult saying this — a really fun way to eat spaghetti. If the peeps in your life are more refined than I am (aaaaand that would be everyone in world), serve with a fork and a sharp steak knife, as the top layer is crunchy. 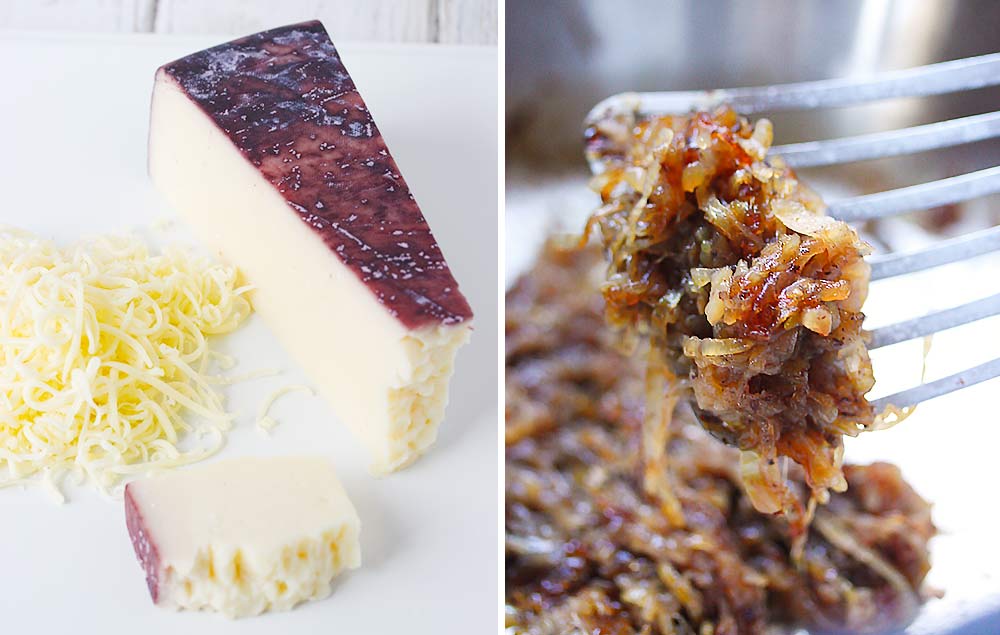 My go-to melty cheese is fontina. Oh, fontina. You lovely.

And when I’m okay with being spendy on something like spaghetti pie, I go for the artisan cheddar cheese. Pictured above is my cheese crush, Merlot BellaVitano – a cheddar/parmesan wheel that’s been marinated in merlot. Beyond dreamy.

And when you mix this kaleidoscope of cheese deliciousness with properly slow-simmered caramelized onions cooked in bacon fat, you’ll want to have spaghetti pie for all the meals. (Cold spaghetti pie breakfast: yaaas!) 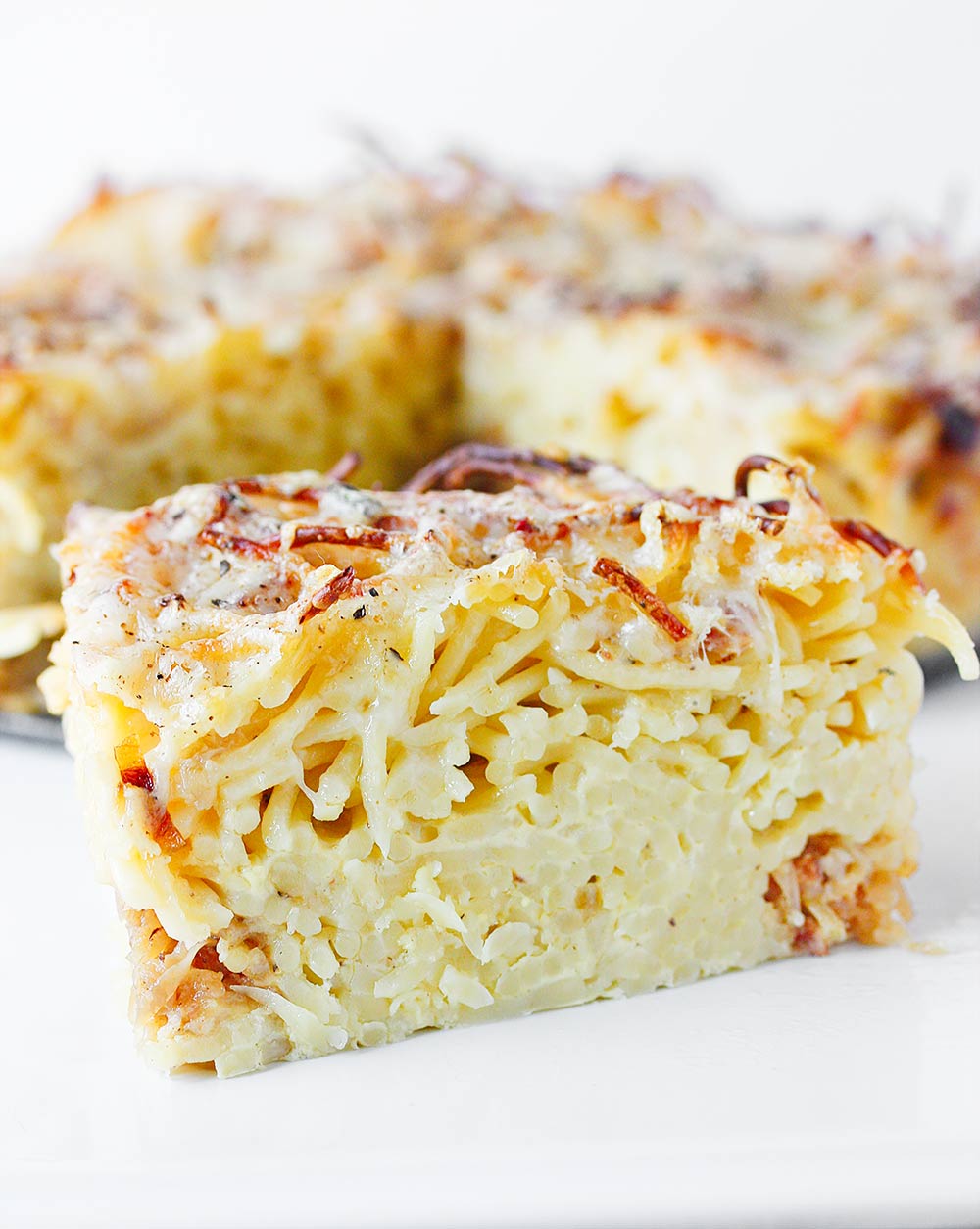 If your family loves spaghetti like I do — you know, <— thiiiiiiiiiiiiis —> much — they’ll love cheesy, sweetly-oniony-bacony spaghetti pie.

Hi Karen, I've just discovered your blog and I'm a little in love with your recipes and your style of writing :) WE have a cold snap coming through this week again which will be perfect for spaghetti pie.