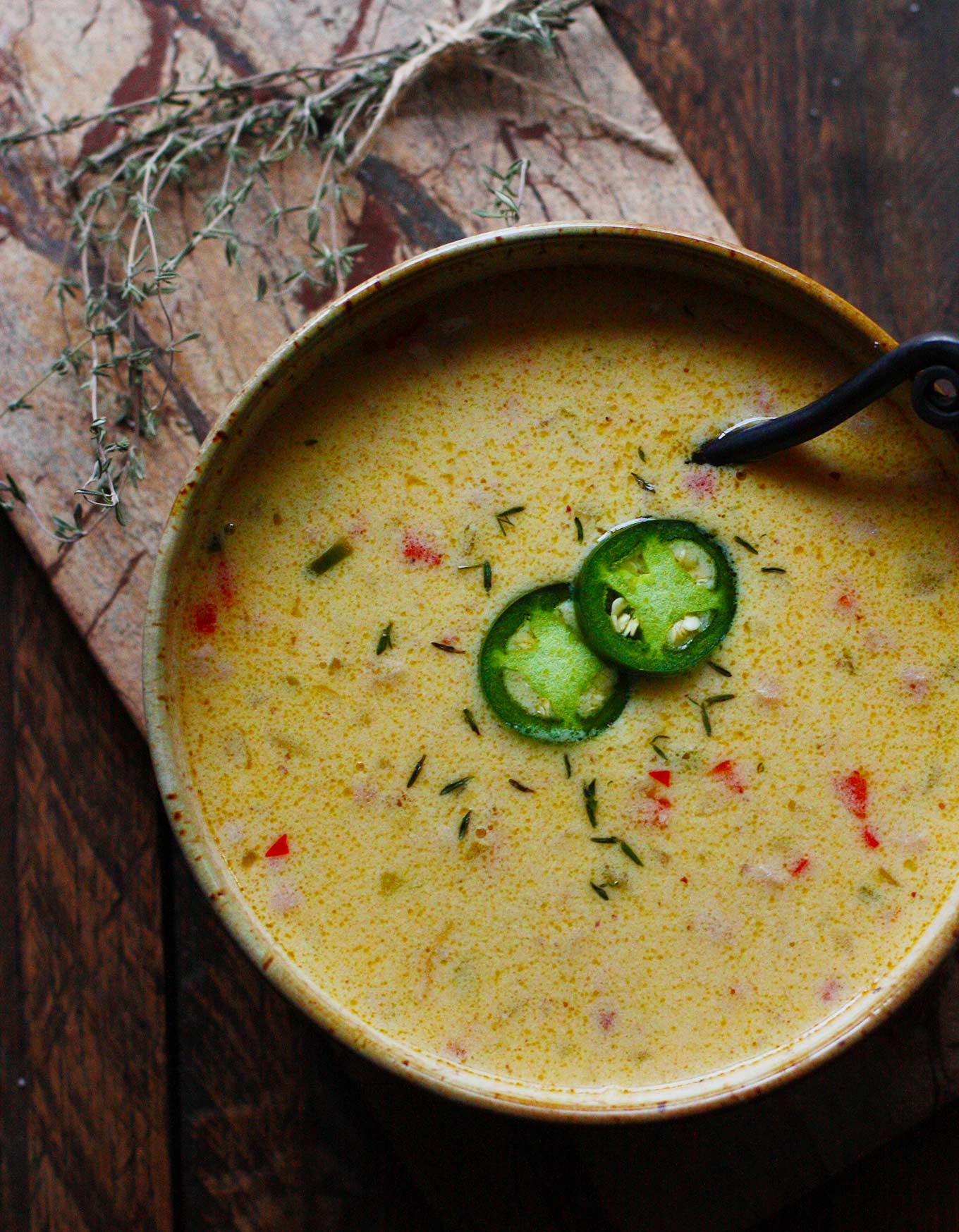 The artisan food and beverage movement has created so many lovely businesses in my hometown, I can’t keep count. Cincinnati has a deep and rich beer brewing history, thanks in large part to its German heritage: the brands Christian Moerlein, Hudepohl, and Weidemann, among others, began in Cincinnati. It’s quite natural and fitting, I think, that we have a newly booming craft beer industry.

Back in grad school, a fellow student even wrote his dissertation on the topic, and took a lot of ribbing for it (mostly because the rest of us were sequestered away in the library for days on end while he was out and about town on his “research” trips). But the paper was a beaut, and it rightfully earned him his Ph.D.

It’s not true winter in this Cincinnati household until the beer cheese soup gets made … just in time for Super Bowl weekend at that. And not to begrudge the forefathers of the sudsy brew, but I’m happy to support the innovation and creative palates of today’s young brewers. 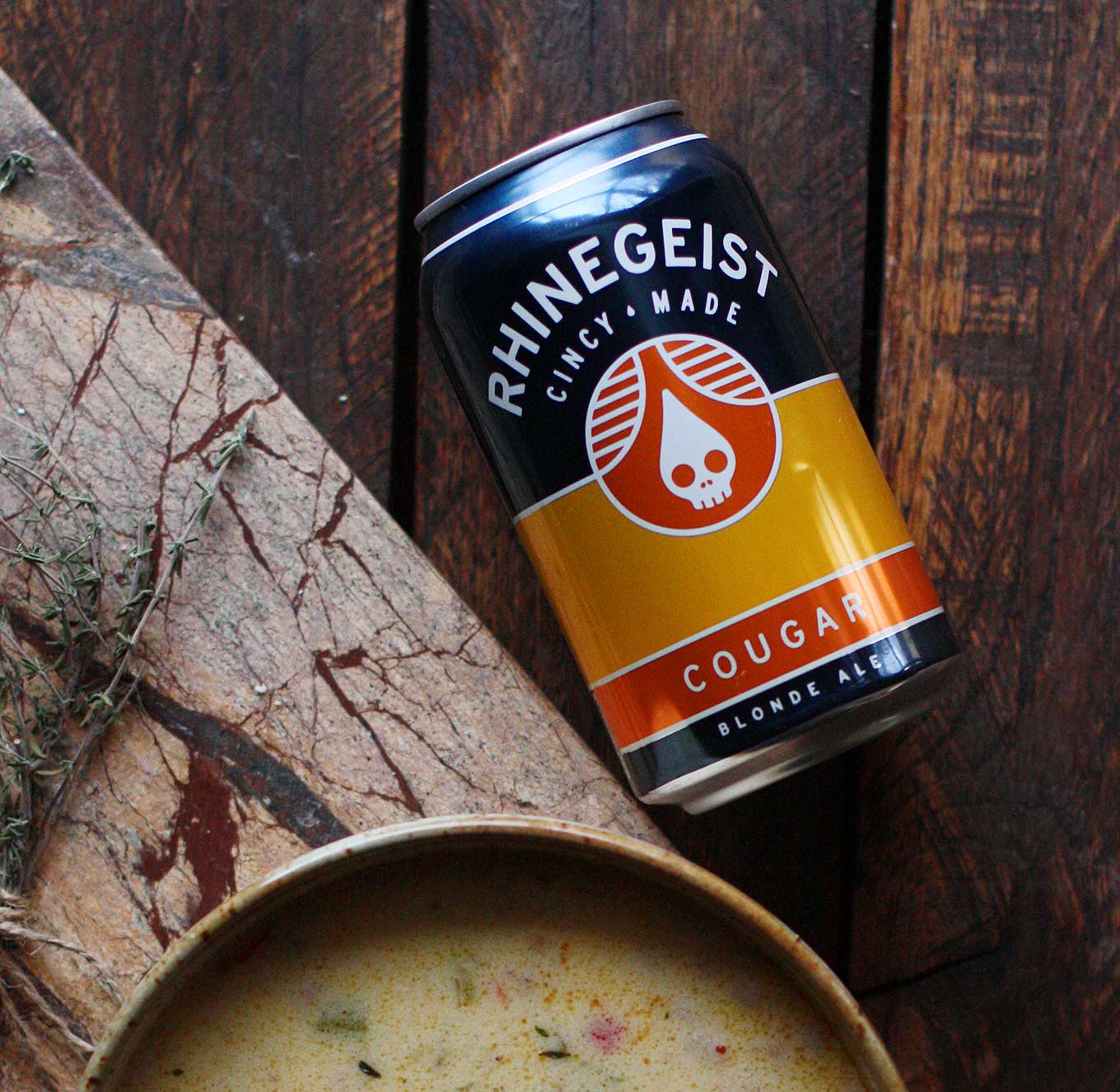 Oddly for a Cincinnatian, though, I’m not particularly a fan of bitter beverages. The coffee I drink cannot properly be called coffee [hello, peppermint white chocolate mocha]. I don’t like wine (unless it’s sweet and fizzy). And beer, while far more drinkable to me, is still difficult, because I don’t find it very thirst quenching.

I do, however, cook and bake with all of the above and make it a point to try a sip at every turn — our tastes change as we age, afterall: my kid-self could not stand green bell peppers; now I can eat them raw — hoping that someday I’ll come to adore the hops and tannins that everyone else enjoys.

So I was more than pleasantly surprised when I took a polite pour of our local Rhinegeist Brewery’s Cougar ale before adding the rest to the soup pot … and discovered that I genuinely like it. I popped a second can, just to test that it wasn’t a one-can fluke or a vivid moment of wishful thinking, and sure enough, beverage goodness. There’s a freshness in the finish that my ale-ignorant palate can’t quite identify. Whatever it is, I can see sitting down with an ice cold glass of Cougar and a cheese tray at Super Bowl time and being happy about it.

I’m quite pleased that the first beer I’ve ever enjoyed in my whole life is a hometown creation from the heart of our downtown Over-the-Rhine district, in the old Moerlein bottling plant. There’s a nice symmetry there that Tim the Ph.D. Beer guy would appreciate. 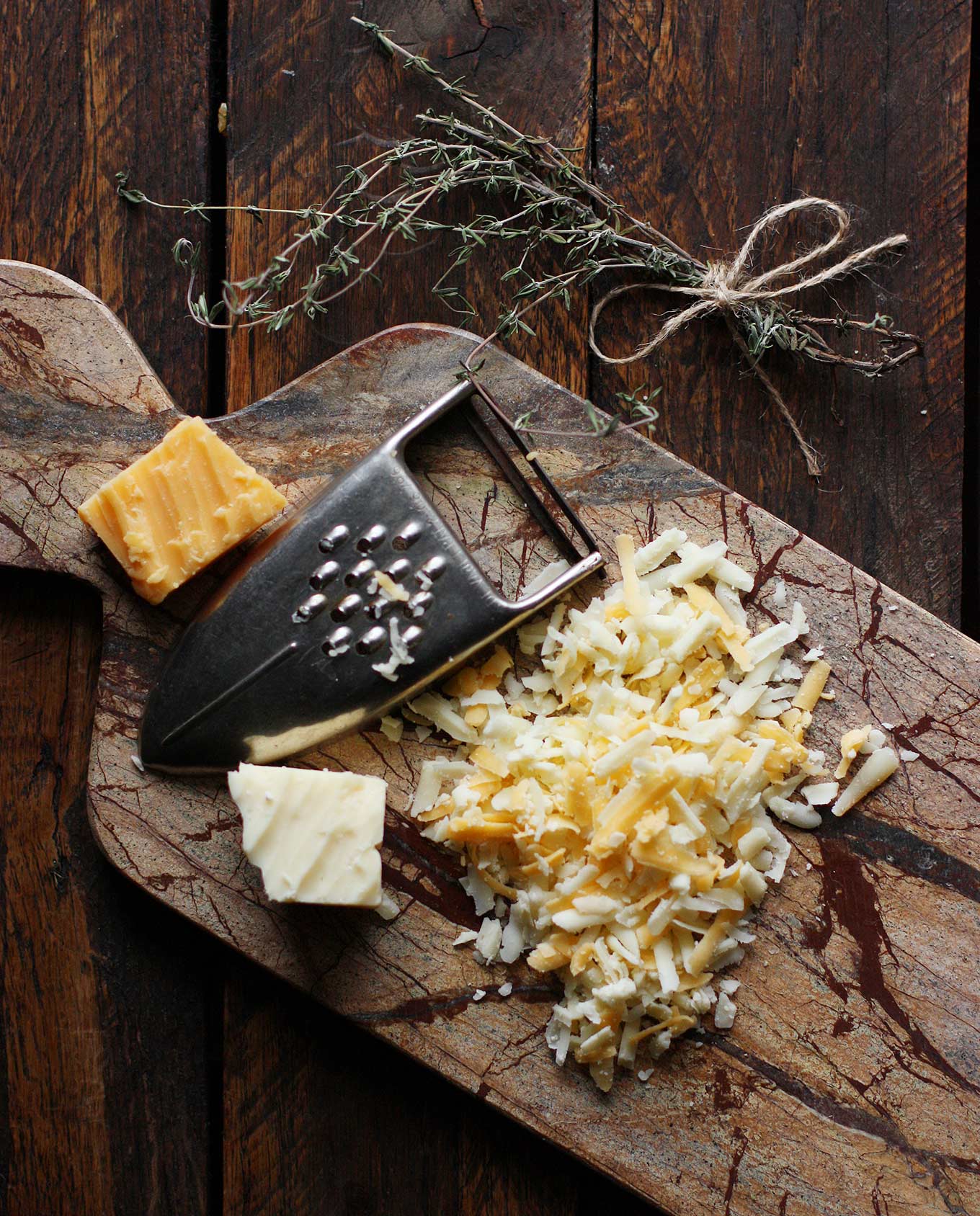 Now, cheese is something else altogether: pull up a seat next to me, and I’ll tell you all about cheese. For this jalapeño beer cheese soup, you’ll want to choose something that’s aged and assertive. A blend, even. Here, I used an aged English cheddar, an American sharp cheddar, and a little bit of applewood smoked cheddar, which together builds a rich flavor that counters the light bitterness in beer very nicely.

And you’ll notice from the photos here that my beer cheese soup has stuff in it — jalapeños, bell peppers, pancetta, and thyme — which add both flavor and texture to an otherwise traditionally brothy soup. 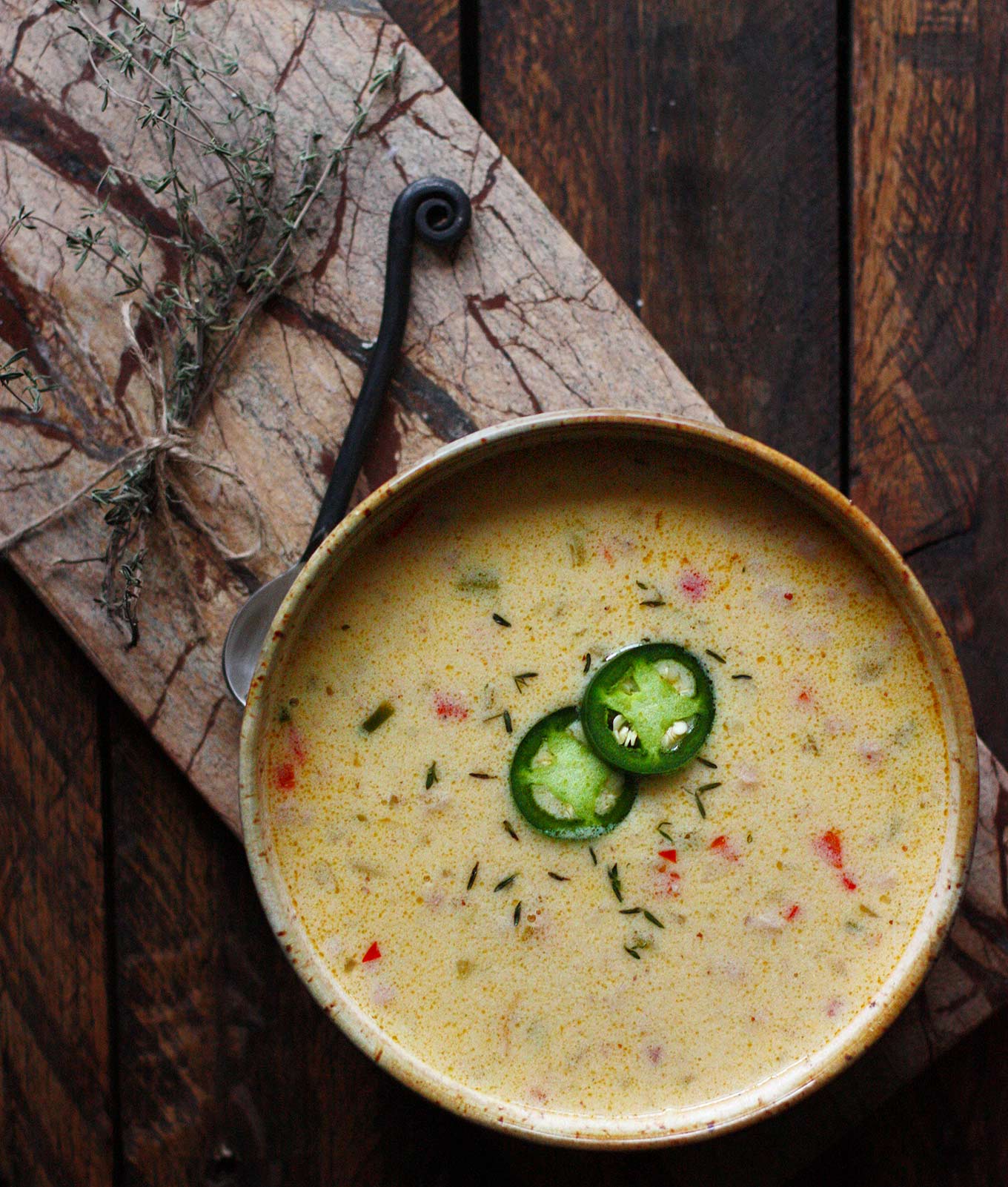 Whatever your favorite brewery, the trick to a really tasty beer cheese soup is to select a beer that’s not too strongly hoppy, such as a lager or pilsner — restraint, stout and porter lovers — to keep a flavor balance that won’t overpower the other ingredients. You should taste a hint of beer and a hint of cheese with every warm, comforting spoonful.

* for depth of flavor, use a mix of cheeses: cheddar, aged, smoked, something melty.
Nutritional information, if shown, is provided as a courtesy only, and is not to be taken as medical information or advice. The nutritional values of your preparation of this recipe are impacted by several factors, including, but not limited to, the ingredient brands you use, any substitutions or measurement changes you make, and measuring accuracy.

I use to pour beer into pancake mixture to get airy pancakes. What a great new to learn I can use beer in a soup ! I'm very curious about the final result and will give this recipe a try soon : )

I have been wanting to make a beer cheese soup and this looks like just the recipe. I'm thinking Great Lakes' Brewery's Conways Irish Ale with a good, sharp Irish cheddar sounds about right. Yep, I'm on the other side of the state from you. I do miss one of the beers that used to be local to you - I think it was called Oldenberg (?) - that someone once gave me. The last I heard, they closed a while back.

I believe all of the original Cincinnati breweries are now closed. The Oldenburg plant, in very-nearby-Northern Kentucky, was just demolished a year or so ago. Some of the original plants still exist and house microbrewers (like Rhinegeist). Reviving the history makes the new movement extra special, I think.

Wow, that looks perfect for Sunday. We have quite a few artisan brewers around (I know, in Utah!) so I may have to take a tasting trip before I commit to one beer...