Shrimp perloo is a popular Lowcountry shrimp and rice dish made extra tasty with a quick, homemade shrimp stock. 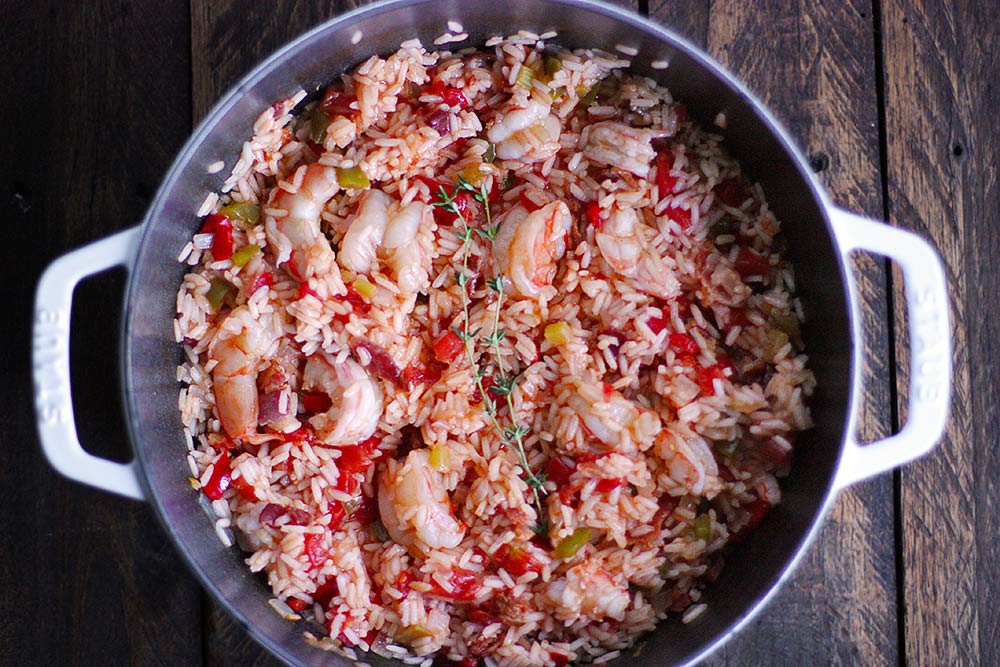 I have a for-reals love of starchy, carby foods. I don’t want to say it’s because they’re bland exactly, but there’s something about rice and pasta that I can pile onto a plate and just plow through the whole thing, enjoying the last bite as much as the first bite, except for the sadness that comes with the last bite knowing that it’s the last bite.

Brown-buttered, black-peppered spaghetti in a bowl on a chilly night? Perfect! Twirling those glossy noodles round and round on the fork and then mmmmmm big bite. Am I alone in this? I mean, I know peeps love carbs (bread!), but a bowl full of plain rice or pasta? I’ll take that over a seasoned steak any day of the week.

Shrimp falls into that carby, blandy category, too. When plump and juicy and not the teensiest bit overcooked, I can eat shrimp in a way that I can’t most seafood (fish tastes fishy!). 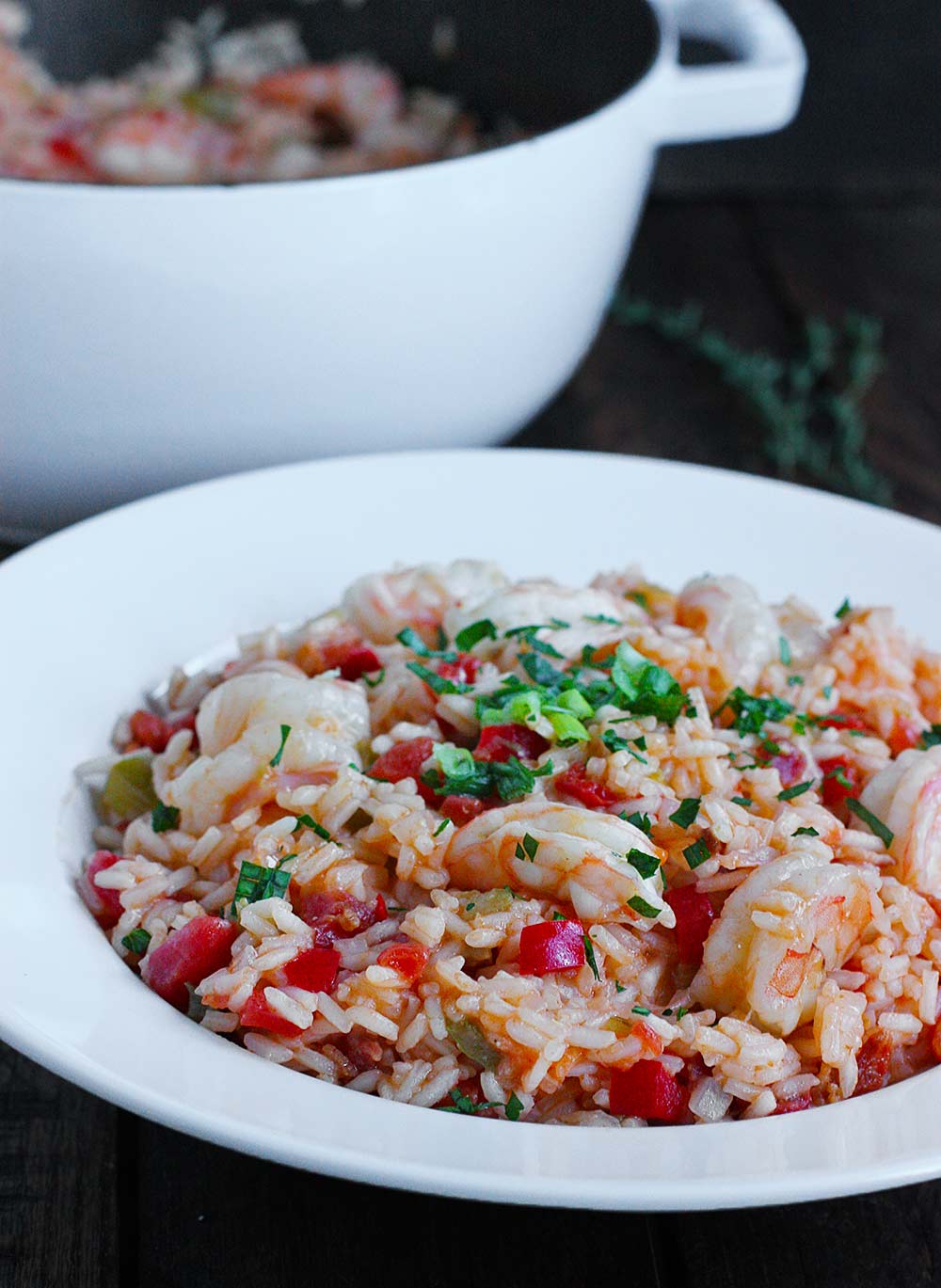 So shrimp perloo (pronounced “pur-low”) was love at first site. Similar to jambalaya, shrimp perloo is a much loved Lowcountry dish from our coastal friends in the South that features a deeply flavorful stock, aromatics like onions, celery, and bell peppers (known as the Holy Trinity of Cajun cooking) sauteed in bacon grease, mixed into rice, and topped with a simple protein cooked right in the same pot.

Next to soup, this is comfiest comfort food SoupAddict can think of. It’s the perfect Saturday dish, when you don’t want to cook all day long (leaves to rake and jump into!), but are willing to invest a little extra time in dinner to make it special.

You can make shrimp perloo with vegetable stock, or a quality store-bought shellfish stock, but making homemade shrimp stock is so simple, and a great way to participate in “nose-to-tail,” no-waste cooking. Buy extra large shrimp in the shell — whole shrimp, if you’re lucky enough to have a quality source — and make fresh broth from the shells (plus the heads, if you bought whole), some onions, celery, and herbs. Toss it all in a pot with water and simmer for a half hour or more. Sooo much better than run-of-the-mill stock — you’ll taste the difference. 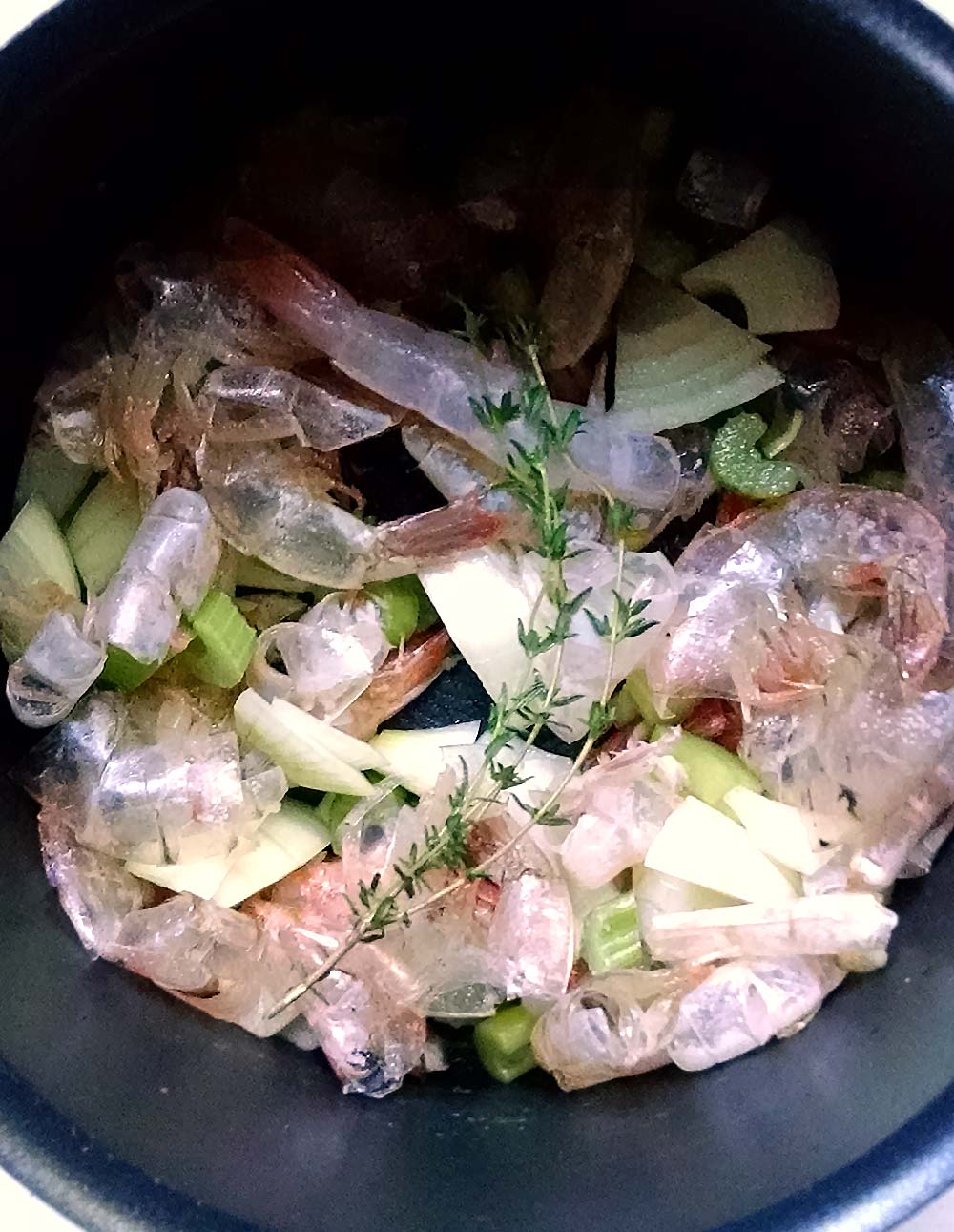 Between the Holy Trinity sauteeing on the front burner, and the shrimp stock simmering on the back burner, your kitchen will smell like the best home-style cookin’ restaurant you’ve ever walked into. 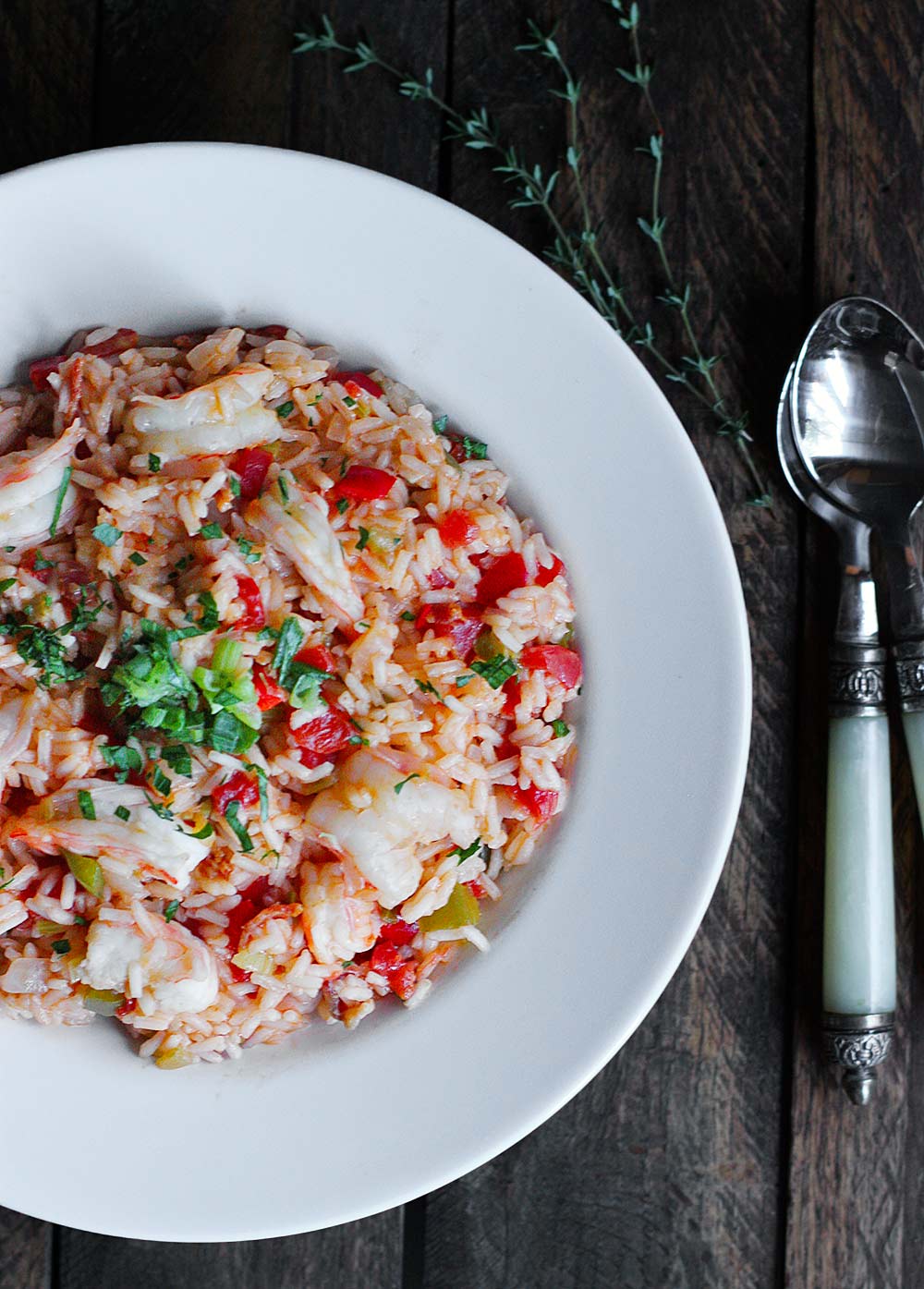 I also love how bright and colorful shrimp perloo is, and the super plump shrimp are so enticing, I could hardly keep my fork out of it long enough to take pictures.

for the shrimp stock

Inspired by several sources, including this recipe
Nutritional information, if shown, is provided as a courtesy only, and is not to be taken as medical information or advice. The nutritional values of your preparation of this recipe are impacted by several factors, including, but not limited to, the ingredient brands you use, any substitutions or measurement changes you make, and measuring accuracy. 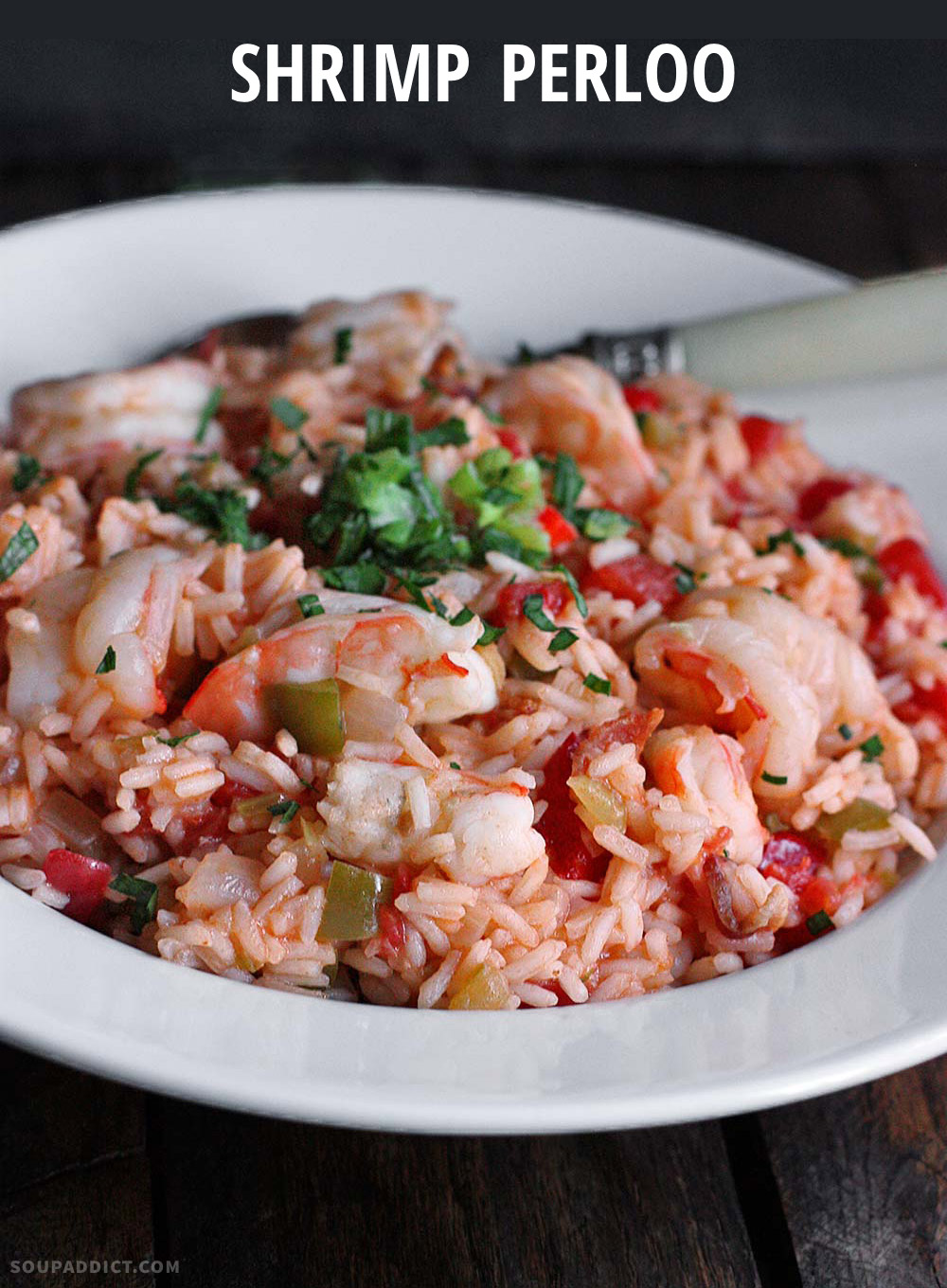