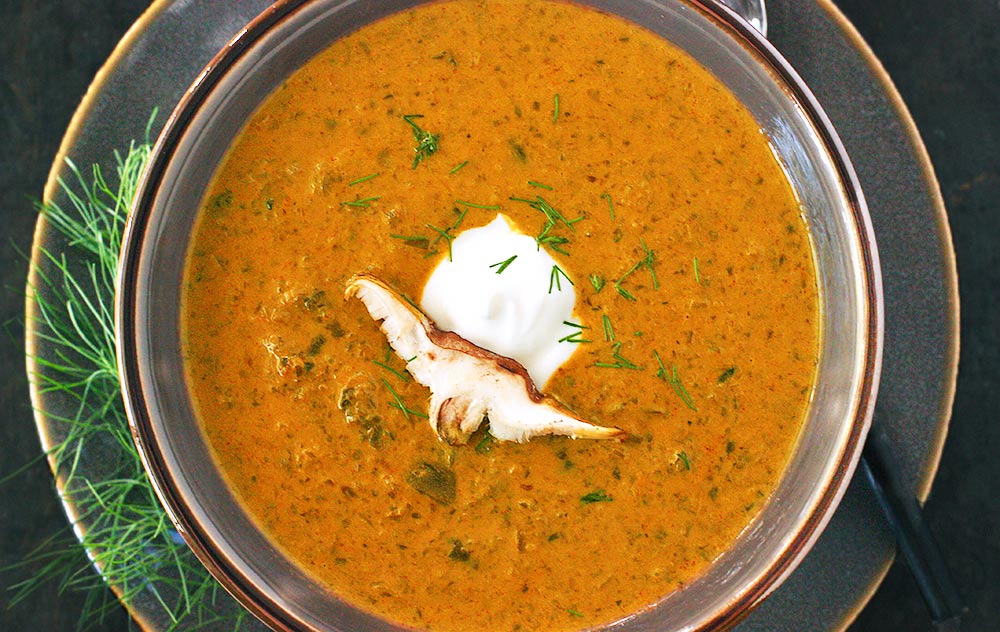 We food bloggers profess lots of “favorites” in our posts (and it’s true that I actually do have lots of favorites, which totally goes against the definition of “favorite,” I know), but this is the tippy top recipe, the favorite of favorites of my wide repertoire of soup.

It’s also the first homemade soup recipe I ever authored all on my own that has survived the years more or less intact, and gets made winter season after winter season. And I’m sharing it with you here today, as we barrel towards the holidays, because this Hungarian Mushroom Bisque is company soup. 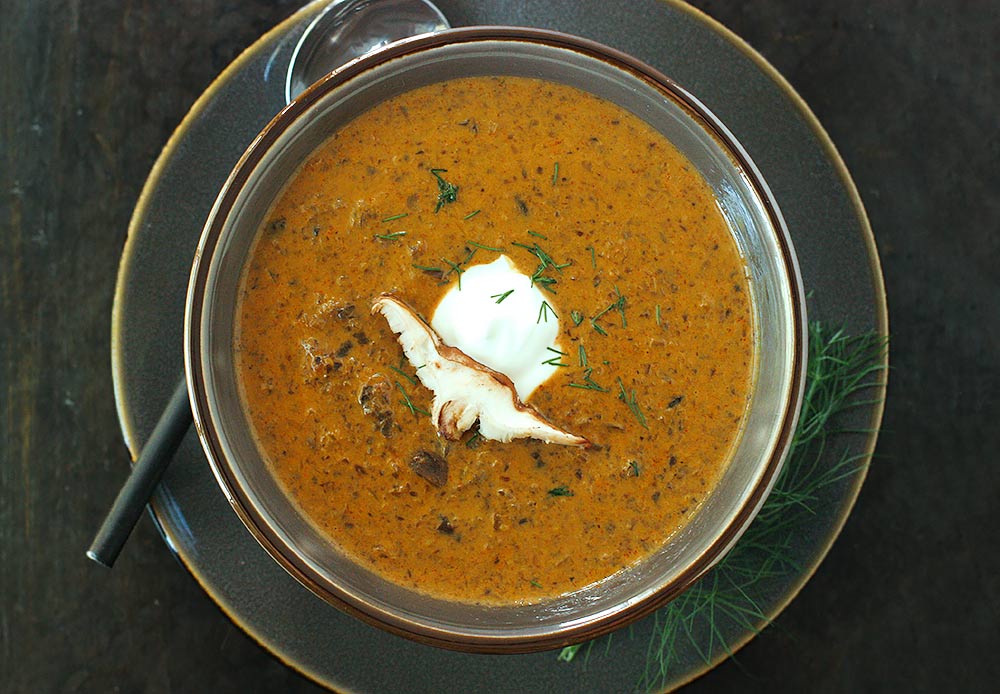 Now, before you jump down to the recipe — eyes up here! — I need to talk to you about the wonders and challenges of mushroom soup.

For mushroom lovers, we can eat a bowlful of mushrooms straight up and be happy. Mushroom stroganoff is awesome. Mushroom bolognese is awesome. And mushrooms are awesome when they are supporting actors in a soup (like here, here, and here).

But mushroom soup, where mushrooms’s the star … well, let’s just say, Hungarian mushroom soup can go sideways really quickly if you’re not careful (we’ve all had that bowl of wth, right?). Its deep, earthy flavors can get muddy and/or diluted and/or overpowered by ingredients like rich dairy, leaving behind a rather bland and iffy result.

So, what I do here is tease out certain flavors, and carefully balance the earthy/sweet/salty/acid mix, and control texture without diluting the soup. And this is why you might look at the recipe and keel over {thunk}.

But do note that I’m being extra informative in my instructions. Ingredient quantities are sometimes listed in ranges, because you’ll want to taste the soup often, and bring it up to your liking (giving exact quantities that *I* use in the instructions, with suggestions on how you can alter to suit.)

How to Make the Best Hungarian Mushroom Bisque

There are a few extra touches that make this mushroom soup super special. (Souper special? Lol.)

In all seriousness, book-length recipe aside, I make this soup in under an hour (and that’s even with me taking detailed notes this time around for the blog). But I’m not going to lie: this is not a one-pot soup: things move quickly, and when you’re done, there are going to be dishes to do.

That’s why I say Hungarian Mushroom Soup is company soup, Thanksgiving soup, and not it’s-Wednesday-night-and-I’m-dog-tired-let’s-make-some-bisque soup. And I hope, that when you put down the spoon after the final tasting, you’re thinking, Mmmhmmhmm.worth.it rather than SoupAddict, you seriously owe me a dish-washing and a foot rub, lol. 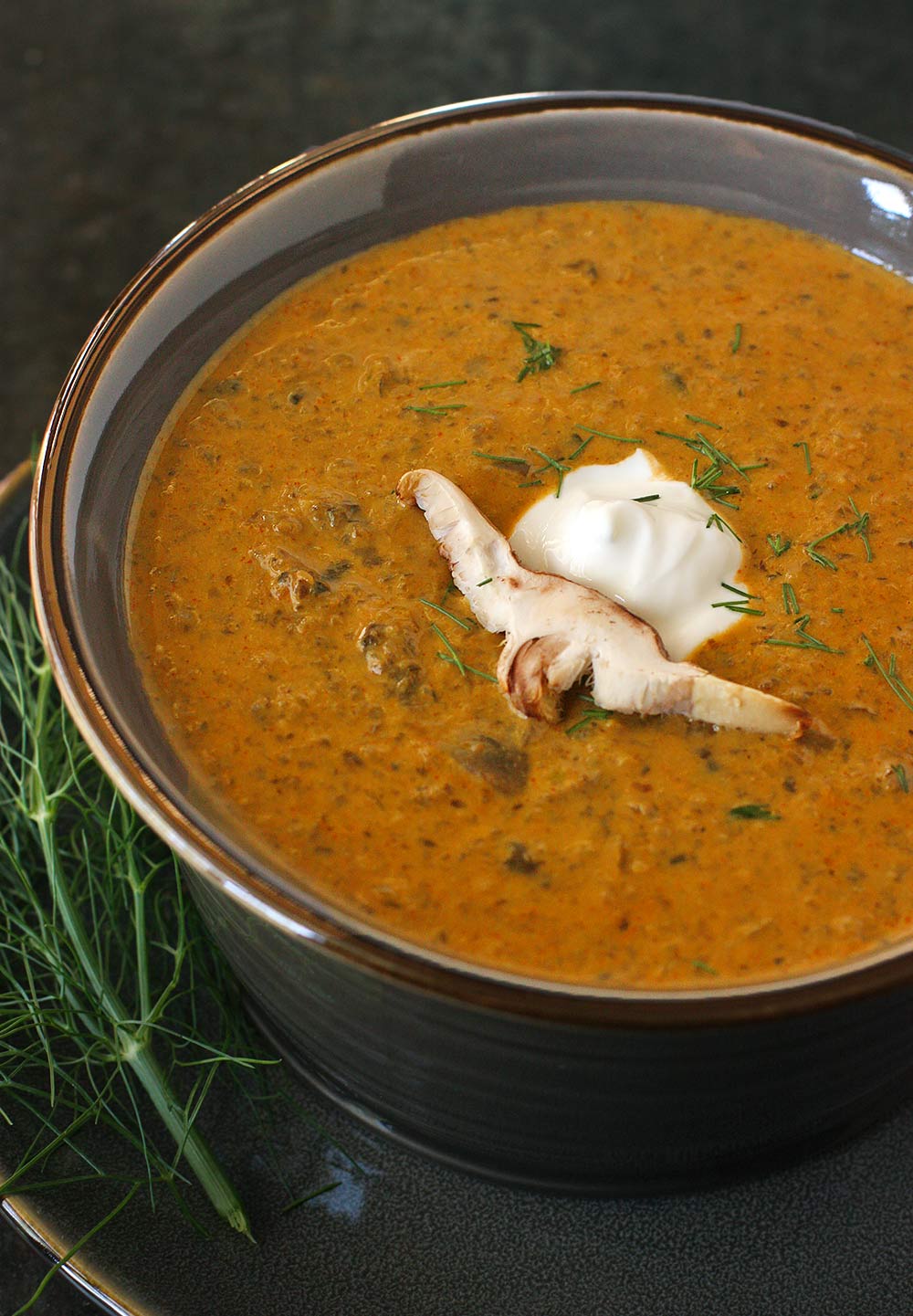 But best of all, it’s make-ahead soup. Whip up this baby the day or two before Thanksgiving, stash it in the fridge, and reheat for Thanksgiving dinner. Like most soups, it will be even better with a rest in the refrigerator.

To keep your stove free for other dishes on Thanksgiving day, use a slow cooker to bring the soup up to and hold at serving temperature. Hungarian Mushroom Soup is the perfect Thanksgiving first course or side dish!

for the dried mushrooms

for the dried mushrooms

Calories: 265kcal
Nutritional information, if shown, is provided as a courtesy only, and is not to be taken as medical information or advice. The nutritional values of your preparation of this recipe are impacted by several factors, including, but not limited to, the ingredient brands you use, any substitutions or measurement changes you make, and measuring accuracy. 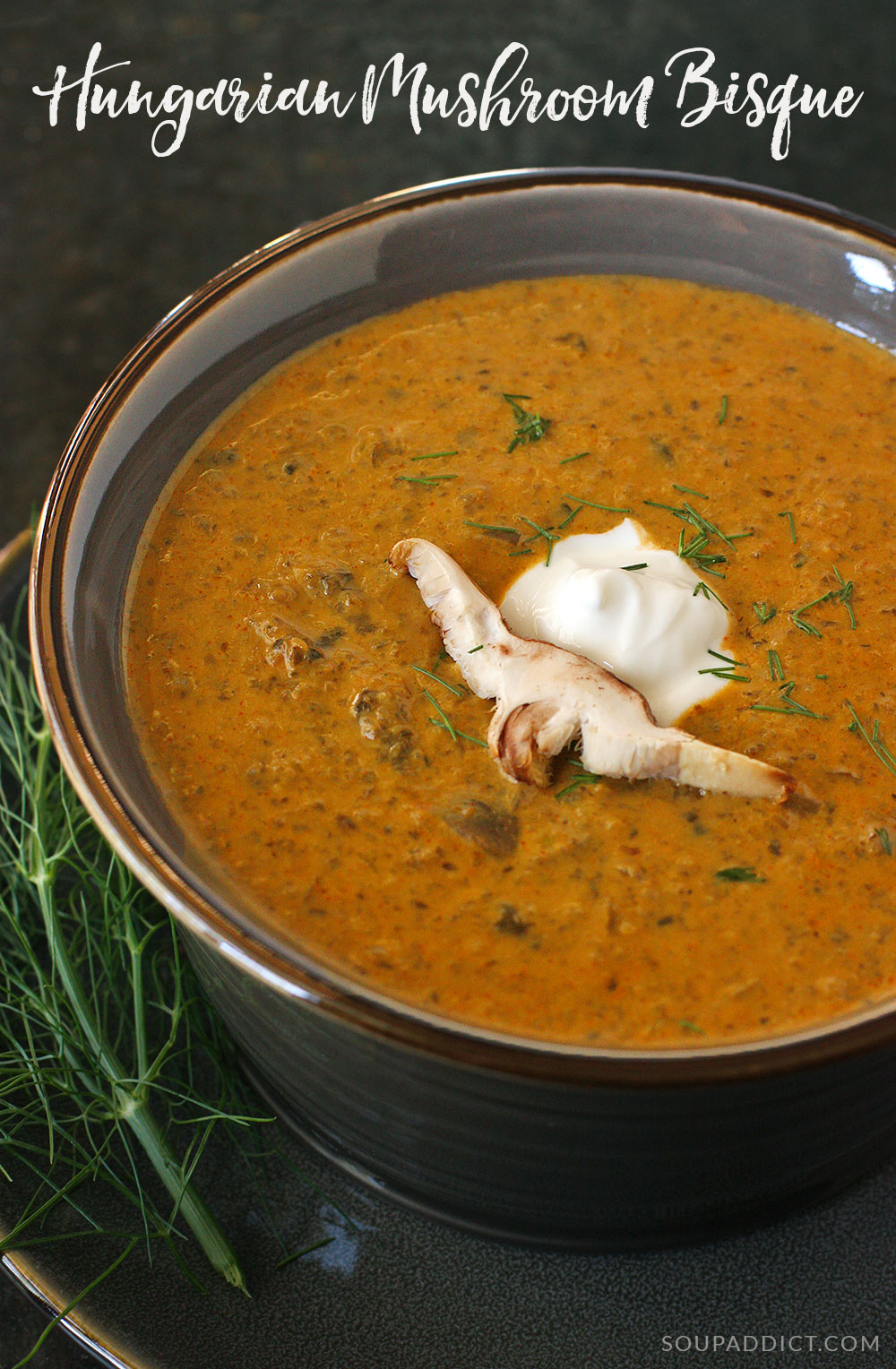 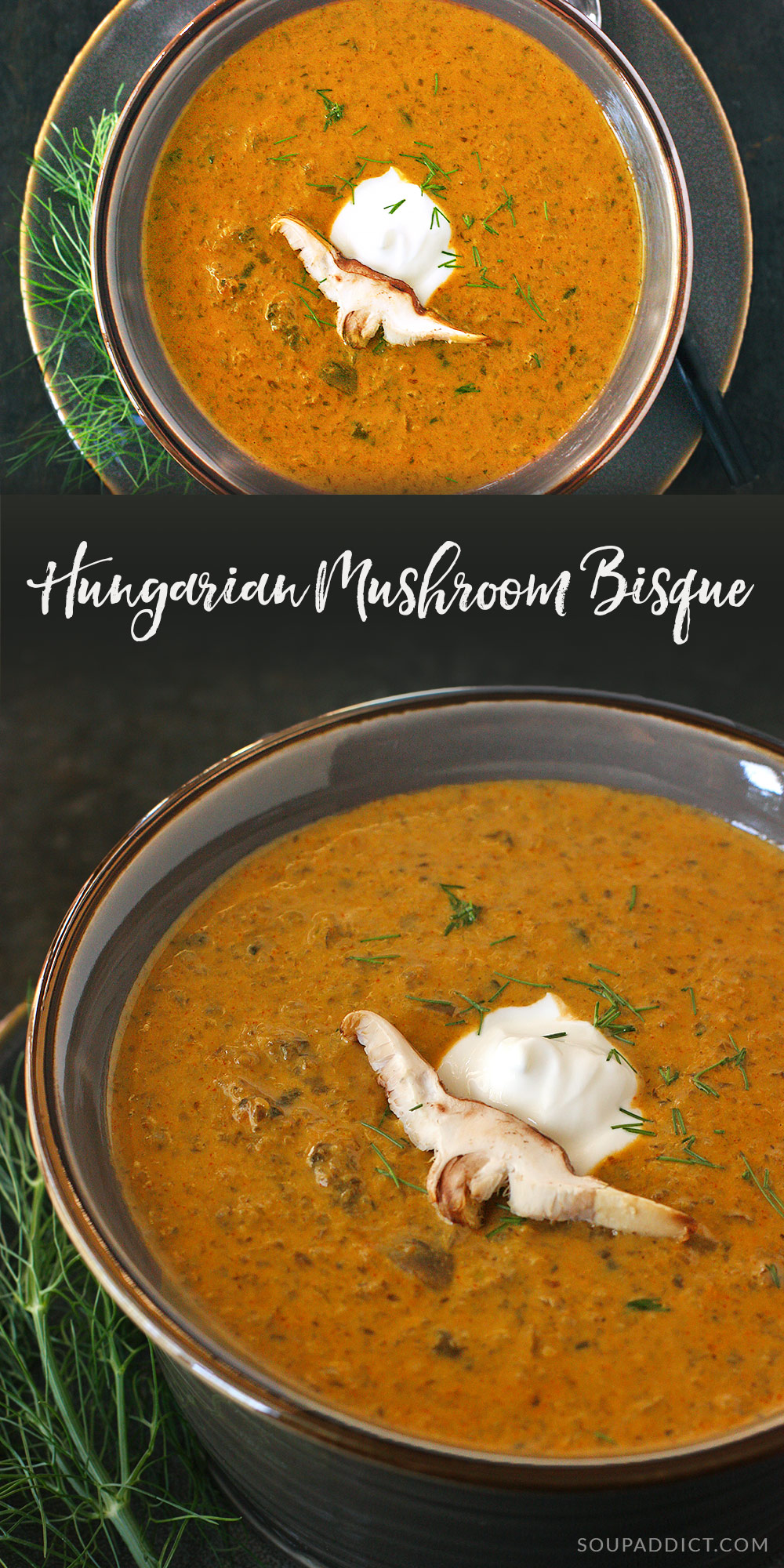 3.8Kshares
Did you make this recipe? Take a photo, post it on social media and tag me, @soupaddict. I'd love to see how you made it your own!